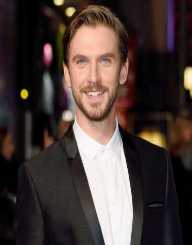 Dan Stevens is an English actor born on October 10th, 1982. Among his latest acts were in the film Beauty and the Beast. He also featured in Legion of FX as the lead character. In the film Downton Abbey, he was cast as Matthew Crawley and starred in The Guest in 2014. Dan Stevens was a rebellious child.  In his career, he has won many awards and nominations including the Audie Award nominations.

Dan Stevens was born on October 10th, 1982 as Daniel Jonathan Stevens.  His place of birth was in Croydon, London in the United Kingdom. He was adopted as soon as he was born. Both his adoptive parents were teachers by profession. He spent his childhood both in Wales as well as southeast England. He has a kid brother who was adopted as well.

Dan Stevens attended Tonbridge Boarding School situated in Kent on a scholarship basis. He developed a passion for acting in the school. During his summer holidays, he trained in National Youth Theatre located in London. After graduating from high school, he was admitted to Emmanuel College, Cambridge. He majored in English Literature at the university and joined the Footlights group. Stevens was also a member of the Marlowe Society while at Cambridge.

Dan Stevens started his professional acting career in 2004 in the movie As You Like It. This role earned him a commendation at the Ian Charleson Awards in 2004. Later in 2006, he was cast as Nick Guest in The Line of Beauty.

Later in 2008, Dan Stevens starred as Edward Ferrars in Sense & Sensibility. The following year, he acted the role of Septimus Hodge in Arcadia.

The year 2010 marked a career turning point for Dan Stevens after he was cast in Downton Abbey. In the series, he was portrayed as Matthew Crawley and went ahead to be a great hit globally. In fact, it was nominated for many awards including BAFTA, Emmy, Screen Actors Guild and Golden Globe Award.

In 2011, Dan Stevens also made a guest appearance in Have I Got News for You. The following year, he relocated to New York City along with his family. He then made his Broadway debut when he starred in The Heiress opposite David Strathairn and Jessica Chastain.

Dan Stevens also featured in Night at the Museum: Secret of the Tomb in 2014, cast as Sir Lancelot’s simulacrum. Also, he starred in the film Beauty and the Beast which was released in 2017. In the 2016 series Legion he acts the lead role as David Charles Haller.  This series was released in 2017.

Besides acting, Dan Stevens has also narrated more than 30 audiobooks. His audio in Frankenstein earned him an Audie Awards in the category of Solo Narration and Classic category.

Dan Stevens also has an interest in writing. In 2011, he co-founded an online quarterly known as The Junket, and he is one of its editors. He took part in the Man Booker Prize for Fiction of 2012 as one of the judges in the panel. Additionally, he is among the contributors of the book titled The Authors XI: A Season of English Cricket from Hackney to Hambledon

Dan Stevens met Susie Hariet in 2006 and tied the knot with her in 2009. She is a singing teacher and South African jazz singer. The couple is blessed with a daughter Willow and a son Aubrey. Their third child Eden was born in 2016.