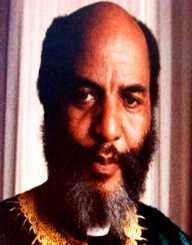 James Luther Bevel was born on October 19, 1936, in the town of Itta Bena, Mississippi. He was one of the seventeen children of Illie and Dennis Bevel. He studied at segregated schools in Mississippi and in Ohio. He also worked on a cotton plantation and in a steel mill. After high school, he spent some time serving in the U. S. Navy. He initially planned on becoming a singer, but he later decided to become a Baptist preacher. He enrolled at the American Baptist Theological Seminary in Nashville.

Bevel had felt the injustice over African Americans his entire life. He was determined to make a change. Due to Gandhi’s philosophy, he became interested in a peaceful revolution. He joined the Southern Christian Leadership Conference and started attending nonviolent protests. First, he participated in the Nashville Sit-In Movement. The goal was to desegregate lunch counters. Next, he directed the Open Theater Movement. His mission there was successful. He also participated in the Freedom Rides movement with the goal of desegregating buses. He and the other Freedom Riders were briefly arrested when they arrived in New Orleans by bus. This caused a national awareness about the violence of white supremacists.

In 1962, Bevel had a meeting in Atlanta with Martin Luther King Jr., the leader of the SCLC. Together they agreed to work on an equal level. They knew they had to work on their common goal to achieve equality for African Americans. Soon after, Bevel became the Director of Direct Action and Director of Nonviolent Education in the SCLC.

In 1963, the SCLC started to organize marches for desegregating businesses in Birmingham, Alabama. For weeks, the protesters received violent opposition from the police. Bevel came up with the idea to get young students out on the streets instead. The children were also getting arrested and attacked as the adults were. The international media started covering and harshly criticizing the way these children were treated. President Kennedy had to stop the bad press, so he decided to make an agreement with King. An elaborate civil rights bill was created, and in return, the SCLC stopped the protests.

At the time, African Americans faced many obstacles in the voting process. Although they were legally allowed to vote on a national level, many states implemented additional requirements which they knew blacks were not going to pass. Bevel was determined to change this. He organized the Alabama Voting Right Project, and later, the Selma Voting Rights Movement. The police violently attacked the protesters demanding rights, even murdering some of them. Bevel made sure to redirect even more attention on the subject and get large amounts of people to join. Ultimately, Congress had no choice but to pass the Voting Rights Act, and end racial discrimination in voting.

In 1966, Bevel fought to make housing available for blacks in Chicago. The next year, he organized marches against the Vietnam War.

Bevel witnessed the assassination of Martin Luther King Jr. in 1968. After that, he started behaving oddly. He soon left the SCLC. He started endorsing Republican candidates that he had opposed in the past. He was linked to controversial religious groups and conspiracy theorists. He also ran as a Republican candidate for Congress, but he lost.

Bevel had a total of sixteen children with seven women. In 2007, one of his daughters accused him of molesting her in the 90s. Soon after, another three daughters said he had sexually abused them as well. He pleaded not guilty and he said somebody was setting him up. Still, he was arrested in 2008 and sentenced to fifteen years in prison.

A few months later, Bevel filed an appeal and was released from prison after being diagnosed with pancreatic cancer. He died six weeks later, on December 19, 2008, in Springfield, Virginia.