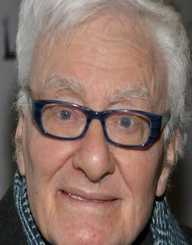 British playwright Peter Shaffer was born in Liverpool, England on 15 May 1926 to Jack Shaffer and Reka Fredman. He was born into a prosperous middle-class Jewish family and had an identical twin, Anthony and a younger brother Brian. When Shaffer was ten, the family relocated to London (1936).

Peter Shaffer was a pupil at St Paul’s School, London. He studied history at Cambridge University (1950). During his time at Cambridge, Shaffer edited the student magazine Granta.

During World War II (1939-1946) Peter Shaffer was a Bevin Boy. Bevin Boys were young men who were conscripted to work in the coal mines of the United Kingdom to assist the war effort between December 1943 and March 1948. Shaffer worked as a Bevin Boy for three years.

After graduating from Cambridge University, he lived in New York City where he worked in the New York Library as an assistant and the Doubleday bookshop. During this time he co-wrote a detective story, The Woman in the Wardrobe (1951) with his brother under the name of Peter Anthony. The brothers wrote two more stories in the series: How Doth the Little Crocodile? (1952) and Withered Murder (1955).

Peter Shaffer's first play was The Salt Land (1954) which was broadcast on BBC television. His first stage play was Five Finger Exercise (1958) which was directed by John Gielgud. After the play won an Evening Standard Award for Best Play of the Year, Saffer’s reputation as a playwright was assured. Further plays include Royal Hunt of the Sun (1964), Black Comedy (1967), Equus (1973), Shrivings (1974) and Amadeus (1980).

When Amadeus was adapted for film in 1984, Peter Shaffer wrote the screenplay. The film won eight Academy Awards with Shaffer winning the 1985 Oscar for Best Screenplay. Other work includes Yonadab (1985), Lettice and Lovage (1987) and Whom Do I Have the Honour of Addressing? (1990) and Gift of the Gorgon (1993).

Shaffer received a CBE in 1987 and was knighted by the Queen Elizabeth II of England in 2001. He was inducted into the American Theater Hall of Fame in 2007.