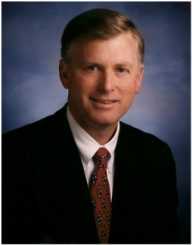 Dan Quayle was born on February 4, 1947, in Indianapolis, Indiana USA. His parents are James and Martha Quayle.

As a teenager, Dan Quayle attended Huntington High School. He graduated from high school in 1965.

Between earning his bachelor’s and law degree, Dan Quayle worked at the Office of the Indiana Attorney General as an investigator. She worked here for about a year. Around the same time, he also worked as an administrative assistant to the state’s governor. While working on his law degree, he worked at the Indiana Department of Revenue as the director of Inheritance Tax Division.

After earning his law degree, he worked at his family’s newspaper, The Huntington Herald-Press. Around the same time, he was also serving as a member of the United States National Guard. These were some of his last jobs before entering into politics.

Dan Quayle and his wife, who was also a lawyer, also opened their law practice called Quayle & Quayle. Even though they both owned this business, Marianne Quayle spent more time here than Dan did, as she was more focused on his family’s newspaper business.

Dan Quayle began his career in politics around the mid-1970’s. He first campaigned for a seat in the House of Representatives. He won this seat in 1976. Since he had never been in involved in politics before, and considering he was only 29 at the time, it was a surprising win. He stayed in this position for about four years, serving two consecutive terms.

Dan Quayle ran for a seat in the Senate in 1980, another election that he won. Quayle and his supporters were unsure if he would win this election, as the state was facing unemployment problems and because he often skipped work. He later served another term in this seat when he was re-elected in 1986. While serving as a member of the Senate, he was also a chairman of the Employment and Productivity Subcommittee.

In 1988, Dan Quayle was invited to join George Bush as his running mate for the upcoming presidential election. He agreed, and in 1989, when Bush was elected to be president, Quayle was inaugurated as the 44th vice president of the United States. While serving in this position, he mostly echoed whatever President George Bush said. He ran for this position in 1992 but lost.

After his term was over, Dan Quayle stayed out of politics for the most part. However, he did show his support for Donald Trump during the 2016 presidential campaigns.

After finishing serving as vice president for President George W. Bush, he began to work for the company Cerberus Capital Management as a chairman.

Currently, Dan Quayle has several jobs. He serves on the board of directors for several companies, as the director of the Aozora Bank, and the President of Quayle and Associates.

In 1994, Dan Quayle published an autobiographical memoir titled Standing Firm: A Vice-Presidential Memoir. This book was written about Quayle’s time serving as the vice president under President George Bush. The book was a best-seller when he was first published. Another popular topic of the book was Quayle’s sense of defeat after losing the election in 1992.

Dan Quayle went on to write two more books in the 1990’s: The American Family and Moments that Matter. However, these two books were not as popular as his first book.

Another group he was a member of (outside of his job as a vice president) was Campaign America.

Dan Quayle is currently married to Marilyn Quayle, who he first married in 1972. This couple has three children together: Benjamin, Corinne, and Tucker.