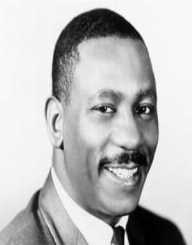 Wes Montgomery was born on March 6th, in 1923. He was famous for his guitar playing skills during the postwar period. He quickly emerged after notable guitarists such as Charlie Christian and Django Reinhardt.

Wes Montgomery was born on March 6th, in 1923. His birthplace was in Indianapolis, Indiana. He was born into a family that was passionate about music. His brothers named Monk and Buddy were music performers just like him. They all had a special interest in Jazz kind of music. Together, they released a couple of albums. They went by the name the Montgomery Brothers.

Wes Montgomery kicked off his music career while recording with Riverside Records. His first recording was in 1958 where he released Fingerpickin’. In the same year, he also released Far Wes. Other recordings soon followed up such as Movin’ Along- 1960, So Much Guitar -1961, Full House – 1962, Boss Guitar – 1963 and several others.

Later, in 1964, Montgomery went ahead and signed a new recording contract with Verve Records. Here he recorded albums such as Movin’ Wes – 1964, Bumpin– 1965, among others.

With time, Montgomery left Verve Records and signed a new deal with A&M Records. His first album with the recording company was A Day in the Life – 1967. This was followed by other two albums namely Down Here on the Ground – 1968 and Road Song -1968.

Wes Montgomery passed away on June 15th, in 1968. He was 45 years old when he passed away. His early demise was as a result of a heart attack that struck him the morning before his death.