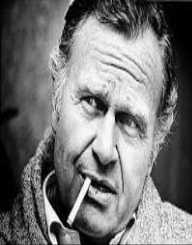 William Ralph Blass was born 22nd June 1922, to Ralph and Ethyl Blass. He was born in Fort Wayne, Indiana, in the United States, and had an older sister, Virginia. His father was a hardware salesman, and his mother was a dressmaker. By the time he was 15, Blass was sewing evening gowns and selling them to a manufacturer in New York.

At the age of 18, Blass had saved enough money to move to Manhattan so that he could study fashion.

In 1942, Bill Blass joined the Army. He was assigned to the 603rd Camouflage Battalion. The goal of the Battalion was to make the German Army think the Allies were positioned in areas where they weren’t. In 1945, upon returning to New York, Blass began his fashion career. He worked under Baron de Gunzburg.

Blass had great success over the next 20 years, and in 1970 he bought Maurice Rentner Ltd. He had joined the firm in 1959, and after purchasing it, he changed the name to Bill Blass Limited. He continued to design over the next 30 years. He not only created fashion for men and women, but he also expanded into swimwear, luggage, perfume, and even chocolate.

Bill Blass began designing for the Ford Motor Company in 1976, and he worked with them until 1992. He designed the Continental Mark series, updating and changing both interior and exterior designs on a regular basis.

He retired in 1999 and sold his business to Michael Groveman for $50 million. The company was said to be turning over $700 million per year.

In 2000, Bill Blass was diagnosed with oral cancer, which then developed into throat cancer. He died on 12th June 2002.

Blass was an avid collector of art and antiques. His estate was worth $52 million, and he bequeathed half of it to the Metropolitan Museum of Art. He also gifted the New York Public Library with $10 million in 1994.