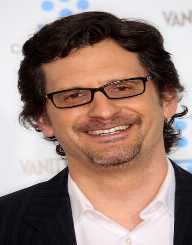 The Turner Classic Movies is a golden-era television network that is fully managed by Turner Broadcasting Systems. As its name suggests, the channels viewed are that of classical-themed or 1950s films. Behind the wheels, there are producers, marketers, journalists, and actors who work hand in hand with Turner. Most of the notable character is none other than Ben Mankiewicz.

He was appointed as TCM host when a former host and historian, Robert Osborne breathed his last on 3rd, March 2017. Before fame, Ben once served as an ABC affiliate and producer at WJLA-TV. In 1998 Mankiewicz worked as a presenter for The Times in Miami. His competence in entertainment world made him garner The Best TV Nominee Award in 2000 and 1999.Read further to know more about his early and later achievements.

On 25th, March 1967 a duo, Frank Mankiewicz and Holly Jolley were blessed with their second born son in Washington, DC. He was none other than Benjamin Frederick who hails from a prominent family that seemed to have ruled the Hollywood fame. His great-grandfather, Herman J. Mankiewicz acted as a co-writer of a notable film called Citizen Kane in 1941.His great-uncle; Joseph L. Mankiewicz earned high accolades as a screenwriter for films like A Letter to Three Wives. His elder brother, Josh is currently an NBC reporter. His cousin, Tom Mankiewicz acts as a promising filmmaker. And the list goes on and on.

Ben’s protective father, Frank served as the WWII battler. After the end of the war, he was appointed as the press secretary under Senator Robert F. Kennedy. His father’s political paradigms and engagements made Ben grow up in a diplomatic surrounding.

When it comes to his studies, Ben first joined Georgetown School where he was later enrolled at Columbia University School of Journalism.

Ben Mankiewicz is always grateful to his late father, Frank who influenced him to join the world of entertainment. All thanks to him, he is now known as a promising political advisor, journalist, public relation executive and now TCM host. But he cemented the world of fame in 2013 when he joined TCM as a host.

It is at TCM that Ben’s talent has cropped up with great admiration and affluence. At 49 years of age, Ben perfectly knows how to create a youthful ambiance as a host. He is mostly known for his well-accorded documentaries and classic themed films. Without a doubt, he is always happy to share his mastery with different guests.

Simultaneously, Ben Mankiewicz also acts as a host and producer of the YouTube Channel called “What the Flick?”! As well as an online show called “The Young Turks.” As breath is important to all humanity, Turner television network is Ben’s bread and butter. In other words, Mankiewicz likes to talk to people, not in an unconventional tone but a conversational demeanor. His end aim is to make sure that TCM acts as the central pathway for entertainment communication between the viewer, movies, and the host.

Just like the works of Mark Twain and J.D. Salinger, Classical movies symbolize an American art that is simple to understand and appreciate. In that note, Ben will always remain in the entertainment world until the end of times. Not because he wants to, but because his heart is willing.

From 2005 to 2009 Ben Mankiewicz had a blissful union with Contessa Kellogg. Afterward, he married Lee Russo in 2013 with whom she currently lives in California. The couple has a daughter called Josie and three adorable pets.