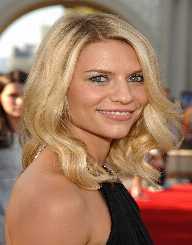 Claire Danes was born on April 12, 1979. She is an American Actress. She is also known as Claire Catherine Danes. She is currently of Thirty-eight years age.

Claire Danes was born on April 12, 1979, in Manhattan, New York. She was born to Carla and Cristopher Danes. She was brought up alongside one sibling. She attended Dalton School for her early education. She, in turn, discovered her love for arts. She after that enrolled in Professional Performing Arts School. Claire Danes then joined Lycee Francais de Los Angeles where she took her high school course. In 1998, she entered Yale University to pursue Psychology. In 2000, she dropped out and embarked on a serious acting career.

Claire Danes featured on ‘Law and Order’ an American show. She later was cast in ‘Lifestories: Families in Crisis.’ She made her break when she featured as Angela Chase in ‘My So Called Life’ a hit television series. Claire Danes after that was awarded the Golden Globe Award due to her major role in the film. In 1994, she joined hands with Winona Ryder, Christian Bale, and Kirsten Dunst to achieve a film debut in the ‘Little Women’ film. In 1995, she was featured in ‘How to make’ an American Film. In 1996 She took part as a lead in ‘Romeo+Juliet’ where she performed as Juliet.

In 1997, Claire Danes was involved in ‘Rainmaker.’ In 1998, she was featured as a star in ‘Les Miserables.’ In 1998, she joined Yale University to pursue psychology. In 2002, she produced and in turn featured in her welcome back movie film ‘The Hours.’ In 2003, Claire Danes was cast in ‘Terminator 3: Rise of Machines’ where she took a role as a co-star. Claire Danes later appeared in other films such as ‘Shopgirl,’ ‘Evening,’ ‘Stardust’ and ‘Temple Grandin’ an HBO film. In 2011, she acted as Carrie Mathison in the Film ‘Homeland’ an American hit series.

In 1994, Claire Danes emerged victoriously and won the Golden Globe Award for being the best actress for the series titled ‘My So Called Life.’ In 1996, she emerged as the Favorite actress in ‘Romeo+Juliet’ and hence won the Blockbuster Entertainment Award. In 2010, she became the outstanding lead Actress in ‘Temple Grandin’ and therefore was Awarded the Primetime Emmy Award. In 2013, Claire Danes once again emerged as the best actress in ‘Homeland,’ and the latter won the Golden Globe Award.

In 2003, Claire Danes engaged in a relationship with Billy Crudup. In 2006, she parted ways with him. In 2009, she got married to Hugh Dancy with whom she has one child.