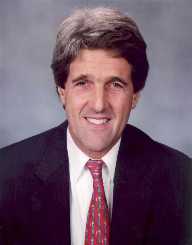 John Kerry was born on June 11, 1943, in Colorado, USA. His brother is Cameron Kerry. He also has two other siblings.

As a teenager, John Kerry attended St. Paul’s Boarding School. After he graduated from this school, he went on to enroll in Yale University. He later graduated from his school in 1966 with a bachelor’s degree in political science.

Almost a decade later, John Kerry returned to school, this time to study law at the Boston College Law School. He later finished his education, earning a law degree in 1976. After earning this degree, he worked as a district attorney for several years before working in private practice for several years.

After graduating from college, John Kerry volunteered to join the United States Navy. While in the Navy, he fought in the Vietnam War. While in service, he earned some military awards. He remained in the Navy until his service was completed in 1970.

John Kerry’s political career began in 1982 when he took on the position of lieutenant governor of Massachusetts. At the time, Michael Dukakis was the governor of the state. However, two years later, he was elected to a higher position as a member of the Massachusetts state Senate.

John Kerry did excellent work as a Senator, earning himself re-elections in 1990, 1996, 2002, and 2008. During his time as a Senator, he worked on veteran’s rights, which likely earned him many veteran’s votes in the process. His involvement with other veteran groups also helped this cause. Outside of working for veterans, he also supported more trade between the United States and other countries and supported technological innovations to boost the state’s economy.

In 2004, while still serving as a member of the Massachusetts state Senate, John Kerry ran for president. He won the Democratic nomination but failed to win the president. George W. Bush, the Republican nominee, would later win the presidency.

After the failed run for the presidency, John Kerry continued to work in the Senate. It was not until 2012 that a new position came to him when President Obama nominated him to become the new Secretary of State. He was formally inducted into the post in 2013. During his time in this position, he aided President Obama in various war-time problems, such as what to do about the war in the middle east in countries like Iran and Syria. He continued to hold his position until 2017 when he was replaced by Tom Shannon. The current Secretary of State (as of Nov. 2017) is Rex Tillerson.

After the end of President Obama’s term, John Kerry retired from politics as a career, although he still remains involved with them in other ways. He often speaks against Trump, showing his lack of support for the new president by not attending his inauguration and joining protests against him, like the Women’s walk, which occurred earlier this year.

John Kerry’s awards include both military and political honors. Below is a list of Kerry’s military service awards.

John Kerry had also earned the Grand Cross First Class of the Order of Merit of the Federal Republic of Germany and the Grand Office of the Legion of Honour (France). John Kerry also has honorary degrees from the University of Massachusetts (Boston), Northeastern University, Kenyon College, and Boston College.

In 1970, John Kerry married Julia Thorn. This couple has two children together: Alexandra and Vanessa Kerry. However, this marriage ended in 1988. He later remarried in 1995 to Teresa Heinz.