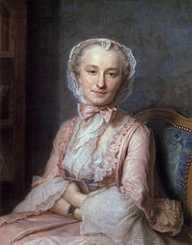 Marie Sallé? was a French ballet dancer of the 18 the century, popular for her introduction of the Pygmalion dance style.

Marie Salle was born in 1707 in France. She was born with a single sibling. Her brother was called Nivelon. She grew up in Paris watching the traditional ballroom ballet dances. She began dancing at a tender age. She made her maiden dancing appearance in 1718. She competed at the St. Laurent’s Fair in Paris. At the opera, she danced in a performance directed by Lesaye in the production La Princess Carisme. Her talent was recognized.

Salle began touring with opera groups. In 1721 she made her first major tour in Paris. She appeared at the Opera in Paris. Salle joined the Royal Academy under the watch of Francoise Prevostat. She faced rampant stigmatization from the older dancers in the class.

In 1725 she went to London with her teacher John Rich. She did her first dance with her brother Nivelon in London. Salle partnered with her brother in ballet and opera appearance for the rest of her career. She remained in London for two years.

In 1727, she returned to Paris. She appeared at the Opera in Paris for some months. In the first appearance, she did a solo dance. She did the subsequent dances in a group of academy dancers. In 1728 Salle became one of the most sought dancers in Paris. She became a fierce rival of another talented dancer Marie Camargo. Due to her demand, Salle spent most of her time traveling between Paris and London. As a prominent ballet dancer, she started associating with people of the higher social classes in both cities.

She returned to the Royal Opera House, Convent Garden in London in 1733. Salle wanted to create her own ballet dress attire. She feared a backlash in the fashionable Paris. She created her long flowing dress which rhymed with her revolutionary new dance steps. The dance sent ripple waves in the opera audience. Salle appeared in two well-acclaimed performances. She introduced her new Pygmalion dance style in the two appearances in 1734.

In Pygmalion, Salle dressed like a Greek maiden. She had free-flowing combed hair. She became the first French ballet dancer to choreograph a ballet dance and perform it to the audience. The crowd continued to applaud her new look. In her second performance Bacchus and Ariadne, she created a mimic of her first dance. Salle depicted a dance that resembled a conversation between a Greek maiden and her mortal creator.

In 1735 Salle returned to Paris to popularize her new dance. She performed at the operas at the behest of Jean-Phillip Rameau. She never returned to London. Salle performed her own choreographed dances which were now popular in Paris.

Salle graduated from the opera to performing at the French royal court in Paris. She directed ballet classes at the Opera Comique for a year in 1734. She kept a hands-on approach to her students. Salle practiced daily with her class. She returned to the opera limelight in 1745. She performed in different events in Versailles for the next two years. Eventually, she retired in 1747.

Salle was a free spirit on the opera floor. She wanted to freely express her feelings in the dances she performed. She changed the traditional costume to the flowing dress. In the flowing dress and simplistic hair without ornaments, Salle became a dancing queen. She maintained that for the audience to enjoy the performances, the dancer had to express her inner feelings in the dance.

Unilaterally, Salle changed the ballet attire from the heavy long dress to the light muslin flowing dress. She got the support of great composers like George Frederic and Christoph Von Gluck. With the endorsement of great composers, Salle gained more publicity with her Greek-inspired costume.

In view of the interaction, she became close to most men of high status. The public viewed this as a way of secret flirting relationships. Salle never married in her life.

Salle was a graceful dancer on stage. The public admired her flare in her dances. The composers adored her choreography and directorship. The opera owners and organizers loved her intellect. Salle exuded confidence and purpose in all her interactions.

She was the first ballerina to change the attire and dance steps of ballet. She is remembered for dancing at royal courts and dignitaries in Paris and London. Years later, the Russians and other Europeans adopted her new costume and dance style.