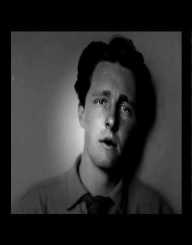 Rupert  Brooke was born in Rugby, Warwickshire, England on 3rd August 1887, to William Parker Brooke and Ruth Mary Brooke. Rupert  Brooke's father was a school housemaster, in Rugby, which was the town they lived in. He was one of three boys, with one elder brother and one younger brother.

In 1905, Rupert  Brooke won the school poetry prize. He had a love for poetry from a very young age. He won a scholarship to King’s College, Cambridge, where he did well at his studies and began to move in the literary, social circles. He became president of the Cambridge University Fabian Society and assisted in creating the Marlowe Society Drama Club. When his father passed away, Rupert  Brooke took over his position at the school for a term, before he returned to Cambridge.

Rupert  Brooke belonged to a literary group called the Georgian Poets, and he was part of the Dymocks Poets before the war. He also, for a time, lived in the Old Vicarage in Grantchester, which he later wrote a famous poem about.

Rupert  Brooke’s first collection of poems was published in 1911, in a book simply called “Poems.” This was followed by a compilation anthology in conjunction with some fellow poets in 1912.

After his sickness and recuperation travel, he returned to England just before the breakout of the first world war. Through a contact who worked for Winston Churchill at the time, Rupert  Brooke was offered a commission in the Royal Navy Division. Although he traveled, he didn’t see much frontline action, but during his war travels, he penned “1914 & Other Poems” which went on to become his most famous work.

Rupert  Brooke’s major work was a group of five war sonnets entitled “1914 & Other Poems”. In the sonnets, he wrote of how the war was a good thing, and that those who survived it would have a fresh new beginning. The other side of the coin was that those who died would also be fortunate because an end would come to their sufferings.

The most famous of the five sonnets was the fifth one called “Soldier.”

Rupert  Brooke never married. He was engaged for a time to Noel Olivier but never settled down.

In 1912 he suffered an emotional breakdown and made several trips to Germany to convalesce. He then went on to tour the US, Canada, and the Pacific Islands and wrote a travel diary of his trip.

Whilst traveling during the war, he contracted dysentery when he arrived in Egypt with his expedition group. They left before he was better, and he then developed blood poisoning because of a mosquito bite. His body had no strength as he was still ill, and in 1915 he succumbed to sepsis. He was only 27 years old.