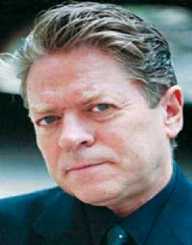 Palmer studied at Scarborough High School for Boys, and while still in school, at 15 years of age, Palmer performed in a band called The Mandrakes.

In 1969, Robert Palmer was asked to sing with The Alan Bown Set, based in London. Their singer had left the group, and Palmer recorded a single with them called Gypsy Girl. After the success of the single, the album, called, The Alan Bown Set! was re-recorded with Palmer performing all the lyrics.

In 1970, he became a member of a band called Dada, who performed jazz-rock. Elkie Brooks and Pete Gage from Dada, along with Palmer, formed a group called Vinegar Joe in 1971. They performed together until 1974, and they released three albums during that period.

In 1974,  Robert Palmer signed a contract with Island Records to launch his solo career. His first two albums had moderate success, but his third album flopped. Palmer then moved to the Bahamas. He released a new album called Double Fun in 1978 and had more success this time, with the album entering the Top 50 on the Billboard charts. He also had a Top 20 single from the album.

His next album included the single, Bad Case of Loving You (Doctor, Doctor). The single went to number 14 on the Billboard charts, but it reached number one in Australia.

Robert Palmer began to have great success, with the release of further albums and gained extensive exposure through his music videos.

In 1983, he performed at a concert with Duran Duran. He joined some of the members of Duran Duran to form a band called The Power Station in 1985. They released an album and toured, but Palmer then left to go back to his solo career.

In 1985 Palmer released his next album, Riptide, which included the number one single, Addicted to Love. The song also had an impressive music video to go with it.

In 1987, he moved to Switzerland and established a recording studio. He released his next album in 1988, and once again, had a number one hit from the album, called Simply Irresistible. He continued to perform and release albums over the years, but his success gradually began to wane. Palmer released 14 studio albums, three live albums, and 11 compilation albums. He released almost 50 singles.

Palmer was found dead on 26th September 2003, in a hotel room while in Paris. Cause of death was given as a heart attack.