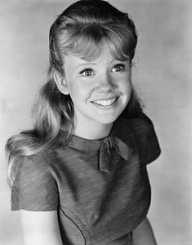 Hayley Catherine Rose Vivien Mills was born on April 18th, in 1946. She is famous for being a British Actress right from the golden ages. In 1959, Mills played alongside her father in the film called Tiger Bay -1959. The following year in 1960, she bagged home an Oscar award for her role in Pollyanna – 1960. She after that played lead roles in other films such as The Parent Trap – 1961, Endless Night – 1971, and in the late 1980’s Appointment with Death – 1988. She has also featured in some television shows such as Parent Trap and Saved by the Bell.

Hayley Mills was born on April 18th, 1946. Her place of birth was in Marylebone, London. She was the daughter of a famed British actor named Sir John Mills. Mills began acting right from a tender age of 12. During this time, she landed a role in Tiger Bay where she acted alongside her father. Her debut role was initially meant to be played by a boy but after communicating with J. Lee Thompson; she was allowed to play this role. Fortunately, the film was a box office hit particularly in Britain.

Immediately after earning a name for herself in Tiger Bay, Mills attracted a huge following with the likes of Walt Disney’s producers. Accordingly, they opted that she plays the lead role in the 1960 film called Pollyanna. This was a huge deal for her as it brought profound success in her acting career. Additionally, she was also hailed all over the United States for her exceptional acting skills.

Due to her remarkable performance in the film Mills was bestowed with an Academy Award despite the fact that she was still underage. She was the last individual to be honored with the Juvenile Oscar Award.
In 1961, Disney again cast her in another film dubbed The Parent Trap where she played the lead role of two twins namely Sharon and Susan. During the same year, she was approached by another interesting offer to feature in Whistle Down the Wind -1961. This was a massive hit for her in Britain. It gave her huge recognition for being one of the best female actors in Britain during this year.

In 1962, Mills was again called back by Disney where she featured in In Search of the Castaways – 1962. This film also performed well earning Mills high acclaim for being a famous star in America’s film industry. After that, she played another role in her 4th film with Disney called Summer Magic – 1963. This film was however not as successful as compared to her previous works with the industry.

Later on in her film career, Hayley Mills was again cast with her father in the Universal film dubbed The Truth About Spring – 1965. In 1966, she earned herself a role in the massive hit film called The Trouble with Angels – 1966.

In 1966, Mills crossed paths with Roy Boulting, a 53-year-old film director. The two fell in love with each other and tied the nuptial knot in 1971. They had a son together named Crispian Mills. Things did not turn out well for the two, and they went separate ways in 1977.

Mills was romantically involved with Leigh Lawson, a British actor. This relationship gave rise to a second born son called Jason Lawson. She went ahead and found another partner in 1997; Firdous Bamji. He is well known for being a writer and an actor with rising talent. He is 20 years younger than Mills.