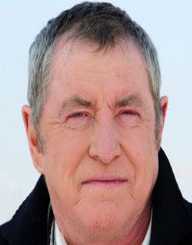 John Nettles is an English actor, and a regular household name in the English TV who rose to fame for portraying the role of Detective Chief Barnaby in the late 1990s hit TV series The Midsomer Murders.

He married twice in his life. His first marriage was to a woman named Joyce in 1966 who gave birth to a daughter named Emma. His wife served as a casting director in Midsomer Murders for 23 episodes, and they later divorced in 1979. On July 1995, he married his second wife, Cathryn Sealey. The couple currently resides in their home near Stratford.

John Vivian Drummond Nettles was born in St. Austell, Cornwall on October 11, 1943, to a nurse of Irish origin who came to the UK to serve during the Second World War. He was later adopted by the Nettles couple, Eric and Elsie. His early education was spent in St Austell Grammar School and later on enrolled at the University of Southampton where he pursued a degree in history and philosophy.

He did not finish his college degree and instead focused on acting instead. During college, he discovered his love for acting when he took part in the University's production of Hamlet back in 1969. He also did small acting gigs at the Northcott Theatre in Exeter where he landed his first film role in the movie entitled One More Time.

Before becoming a household name in the local TV, John Nettles made his television debut in The Liver Birds, which was a comedy series from the BBC channel that aired during the 1970s. He went on to play several roles in other series such as Dickens of Londons, Enemy at the Door, Robin of Sherwood, and Heartbeat.

His breakthrough role came in the form of Jim Bergerac, the starring role in the crime drama of the same name that aired during 1981 and lasted until 1991.

At the series' ending, he joined the Royal Shakespeare Company where he partook in the company's production of some Shakespeare's works such as The Winter's Tale, Julius Caesar, and The Merry Wives of Windsor to name a few.

In 1995, John Nettles once again took a role involved with the law as Chief Inspector Tom Barnaby in the crime-setting drama Midsomer Murders. The part was offered to him by Brian True-May and made him a local name in the television industry.

He went on to play the lead character's profile until his retirement from the persona on February 2, 2011. By then, Nettles has appeared for a total of 81 episodes in the series.

Aside from playing Detective Barnaby, Nettles made an appearance in 2007 on BBC Radio 4's series alongside Will Smith in Will Smith Presents the Tao of Bergerac.

John Nettles also has some books published under his name, most famous among them is his comedic outlook as a "semi-celebrity" entitled Nudity in a Public Place which was released in 2002. He also lent his voice as the narrator for the series of documentaries entitled Airport.