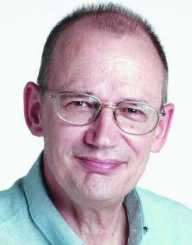 Wayne Gould was born on July 3, 1945, in Hawera, New Zealand. He grew up in New Zealand. He graduated in Commonwealth law. After graduating, Gould practiced law as a legal attorney in New Zealand for 19 years. In 1982, he relocated to Hong Kong, then a British protectorate. He continued practicing commonwealth law until 1993. Gould was appointed a District Judge in 1993. He served as a District Judge in the Criminal Justice system for four years. Gould retired from the bar in 1997. He returned to Britain after the island reverted back to the Chinese administration.

After his retirement, Gould went into the technological world. He spent over six years trying to create a computer program that was Sudoku friendly. Eventually, he succeeded. Gould named the new software site Pappocom Sudoku. He started the mass production of Sudoku puzzles on a daily basis. In the program, Gould created a system that could customize the puzzle to the customer’s specifications. He had the simplified and cryptic versions embedded in the system.

Gradually, the puzzle became a popular past-time of the American public. Gould succeeded in his quest in transporting the game to the Americas. In 2005 he started selling his puzzles to newspapers across the globe. He maintained a steady supply since then.

Gould is an editor of the paperback collections of Sudoku puzzles. He publishes the collection regularly in Britain and the US. In recognition for his efforts in popularizing the logic based number game, Gould was featured in the Time Magazine in 2006. He was listed on the “World’s Most Influential People in 2006”.

Apart from the Sudoku game, Gould produced other popular computer games for his audience. He created cards games or poker as popularly known. He also created chess and board games like scrabble. In all the formations, Gould made it possible for the user to download the game and play it with another person. In case the user was alone, he turned the computer to be the opponent. Like Sudoku, all the games required intense mental concentration and logical thinking. Gould became a celebrated figure across the world.

Gould is the brother of Bryan Gould. Bryan is a former senior British politician and Member of Parliament in the British legislature.

Gould created a platform for the relaxation of the mind for the busy British and American public. The Japanese have a culture of hard work and relaxation. They are astute timekeepers and sticklers to the procedure. In their pass time, the Japanese exercise every essential organ of the body for perfect health.

The Japanese and other Asian cultures embrace the aging process with ease. They have elaborate pastime activities for the young and old. It is for this case that the Japanese have a workforce that contains the old.

Unlike the Japanese, the British and American societies have no clear tradition of prolific relaxation of the mind by working it out. In the west, the popular relaxation is mostly in bars and restaurants. Western societies emphasize vigorous youth culture.

The youth are encouraged to participate in healthy activities. As they grow older, they become entangled with the old habits of passive life. It is factual that the west, especially the US, has the highest number of obese figures in the world. Even the terminally ill have few options to relax and enjoy life.

Gould is considered the father of modern Sudoku in Britain and the general western world. He used his experience in living and interacting with the Asian tradition to generate a new culture. He tapped into his cryptic background as a criminal judge to help others in a field of relaxation while still making business.

The west is currently enjoying the pastime both in the open and the confines of their homes. Other internet companies have generated numerous digital platforms for computer games. Gould made it possible for them to explore the horizons.