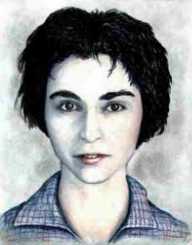 Catherine Susan Genovese was born on July 7, 1935, in Brooklyn, New York City, United States. She was attacked by Winston Moseley in 1964 who brutally and viciously raped and stabbed her leaving her to die in Queens outside her apartment. Her death was the basis by which media coverage came up with the social psychological phenomenon known as the bystander effect.

Catherine Susan Genovese was born in Brooklyn, New York City, the United States on July 7, 1935. She was the first born child of Vincent Andronelle Genovese and Rachel who were of Italian descent. She was brought up in Park Slope in western Brooklyn which was home to many Italian and Irish families. She grew up as an innocent and ambitious young girl who had hopes for the future.

As a teenage girl, she went to all-girl Prospects Heights High School. In 1954, her family relocated to New Canaan, Connecticut but she remained in the care of her grandparents in Brooklyn after she completed high school. The same year she was betrothed and was preparing for her marriage which was cancelled by the fall of 1954.

Kitty Genovese found a house in one of the apartments in Brooklyn where she moved in while doing clerical jobs. She never liked this kind of employment and decided to work as a bartender before being promoted to the position of a bar manager at Ev's Eleventh Hour Bar in Hollis, Queens. On March 13, 1963, she met and befriended Mary Ann Zielonko and moved in together in her apartment at Kew Gardens in Austin Street.

On March 13, 1964, she left work at around three in the morning and was so psyched up to get home and be reunited with her lover Zielonko. It was their first Anniversary, and she had big plans and surprises for her mate. After parking her car by the rail station near her apartment, she started walking towards her apartment. By this time, Moseley a twenty eight year old man was on the look for unsuspecting victims. He had a knife in his pocket and drove around the vicinity prowling when he saw Genovese driving towards her apartment and followed her.

It was late into the night, and most businesses around had closed, and residents were asleep. She walked the deserted streets alone as Moseley followed behind closely. She became aware that someone was following her and began running, but Moseley soon caught up with her and grabbed her.

Moseley stabbed her, but luckily a neighbor known as Robert Mozer shouted at Moseley to let her go. Distracted, he let Genovese go bleeding and helpless and returned to his car leaving her almost unconscious near her apartment. With the knowledge that the police were not alarmed, he came back and found her lying down by the stairs when he stabbed her again and viciously raped her leaving her half dead. Two neighbors came to her aid at about four in the morning, and while taking her to Queens General Hospital, she passed away in the ambulance.

After investigations and the hunt, Moseley was arrested and confessed to having committed three murders of three women including Annie Mae Johnson, Barbara Kralik, and Kitty Genovese who was his latest victim. He was convicted and sentenced to death on June 15, 1964, but his sentence was commuted to twenty years in prison.

He escaped from prison in 1968 and was again sentenced to serve an additional thirty years of imprisonment. In his attempts to receive parole, he was denied all the eighteen times he made his request. On March 28, 2016, he died in prison at the age of eighty one being the longest-serving inmate in New York at the time.

The murder of Kitty Genovese became an inspiration for the media to create the social psychological phenomenon known as the ‘bystander effect’ in 1968. The phenomena gave birth to several Good Samaritan laws aimed at enhancing and encouraging helping behaviors.

Kitty Genovese had four siblings and was raised Catholic. She died on March 13, 1964, at the age of twenty eight.