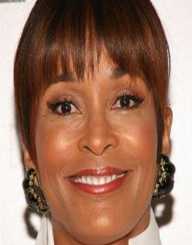 Born as Alyce Faye Wattleton on July 8, 1943, she was the first African American President to have Planned Parenthood Federation of America. Her main contributions are in the fields of family planning and reproductive health and abortion.

Faye Wattleton was born at St. Louis, Missouri. She was the only child of a laborer, and her mother was a tailor and a preacher. The family regularly traveled as her mother had to preach. Faye had to stay with family members and friends during the absence of parents while on tour. Mother did not approve of Faye’s working on the procreative field.

Faye Wattleton attained a bachelor’s degree in nursing in 1964 from Ohio State University. She joined as a lecturer at a nursing school in Dayton, Ohio to work for two years. During study as a nursing student, Faye worked at the Children’s Hospital in Columbus. She devoted her time to the care of abused, neglected and sick children.

Faye obtained her Master of Science degree from the Columbia University in maternal and infant care in 1967. She received certification as a nurse-midwife also. Her dissertation was on screening expectant mothers on drug use and the treatment of such children. In medical terms, it is known as phototoelectophoresis.

Faye Wattleton completed her internship at a hospital in Harlem. There she became aware of the expectant mothers’ suffering from abortions. She also became proficient in the aspects of undesired pregnancy.

There were two offers for Faye, one being from the Chairman of Obstetrics and Gynecology at Harlem Hospital and the other from Visiting Nurses Association’s Maternal and Child Health at Dayton.

Faye Wattleton accepted the offer as a nursing teacher for two years at the Miami Valley Hospital School of Nursing in Dayton.

As a midwife and deputy of visiting nurses, Faye had a first-hand experience of many women in trouble. The teenage pregnancy disturbed Faye very much. She decided to remain committed to women’s procreative rights.

In her clinic in Dayton, Faye was obliged to keep on record the prenatal care the women received. She observed that a large number of women had no prenatal care. She started a health center with one nurse while three hospitals in the neighbor joined hands. Those hospitals were referral hospitals.

Faye Wattleton assumed responsibilities of the assistant director of Public Health Nursing Services in 1967. She became a board member and the president of the Planned Parenthood in 1970. Faye introduced the use of contraceptives among teenagers.

In 1978, she became the President of the Planned Parenthood Federation of America and served the organization till 1992. The variety of services by the Federation enlarged many folds. By 1992, there were 170 associates in 49 states. In Washington D.C alone, there were 800 health units.

During 1992-1995, Faye presented a talk show on television. In 1995, she founded a think-tank unit known as Centre for the Advancement of Women.

There were several rulings by the Supreme Court about abortion.

In 1970, Faye Wattleton and her parents shifted to Texas. Here her father suffered from lung cancer and passed away. Faye’s mother was not in favor of abortions as she thought it was against God’s will.

Faye Wattleton married Franklin Gordon in 1972. Franklin was a musician. The couple had a daughter, Felicia Megan Gordon in October 1975.

Faye Wattleton has received some awards such as Humanist of the year 1986 by the American Humanist Association; Jefferson Award for Greatest Public Service in 1992; National Women’s Hall of Fame in 1993; Margaret Sanger Woman of Valor Award in 1996; Fries Prize in 2004; and many more

Faye announced her autobiography, Life on the Line.