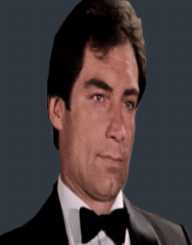 Timothy Dalton was born on March 21, 1946. He is British. He is an English actor. He is renowned for his role as James Bond. He is currently Seventy-two years old.

Timothy Dalton was born Timothy Leonard Dalton Leggett on March 21, 1946, in Colwyn Bay, Denbighshire, Wales. He was born to Peter Dalton Leggett and Dorothy Scholes.  In 1949, he alongside his family moved to Belper, Derbyshire.

He later joined Herbert Strutt Grammar School. He later became Air Training Corps at LXX Squadron member. In 1962, his interest in acting grew after seeing the performance of ‘Macbeth.’ He was later given a role to play at the production of ‘Macbeth.’

In 1964, he joined the Royal Academy of Dramatic Art. He later engaged in tours with the National Youth Theatre. In 1966, he joined the Birmingham Repertory Theatre.

Timothy Dalton started his career by working at the BBC. In 1968, he appeared as Philip II of France in the film ‘The Lion in Winter’ a film which led to his debut. In 1970, he appeared in ‘Wuthering Heights’ as Heathcliff. In 1971, he worked in the theatre working with the Royal Shakespeare Company.

In 1991, he appeared as Neville Sinclair in the film ‘The Rocketeer.’ He later appeared in ‘Scarlett’ as Rhett Butler. In 1992, he featured as Eddie Myers in the film ‘Framed.’ He later starred in the films ‘The Informant’, ‘Irish Republican Army Drama’ and ‘Made Men.’ In 1994, he stopped playing as James Bond.

In 1999, Timothy Dalton appeared in ‘Cleopatra’ as Julius Caesar. In 2003, he appeared as James Bond’s parody Damian Drake in ‘Looney Tunes: Back in Action.’ In 2004, he played in a theatre film ‘His Dark Materials’ as Lord Asriel. In 2007, he appeared as Simon Skinner in ‘Hot Fuzz.’ In 2009, he appeared in Doctor Who’s television special ‘The End of Time’ as Rassilon a role he played until 2010.