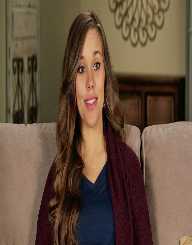 Jessa Lauren Duggar is also known as Jessa Duggar. She was born on November 4, 1992, in the American state of Arkansas. Duggar has three older brothers, one older sister and fourteen younger siblings.
Her older sister is just a year older than her, and she has built a healthy relationship with her like other members of the Duggars. Jessa Duggar has always been opened about her interest to have a big family. She and husband Ben Seewald are also considering adopting. As part of the Duggar family, the limelight came with some challenges. Inevitably, any family thrown into the spotlight of Hollywood have more than a fair share of oddities and fails to battle out.

According to the family’s culture, Jessa Duggar is one of the more modernized sisters. Duggar would do things differently than many of the other children. Together with her sister Jill, Duggar drove their show: ‘Jill & Jessa: Counting On,’ to the second season. Their fans like to see how they build their own family life while living with their parents.

In 2014, Jessa Duggar began her career with the documentary titled ‘14 Children and Pregnant Again’. The film tells about the everyday routine of fourteen people. How they start the day in the morning until they rest at night. It was a documentary that was aired on ‘discovery Health’ Channel. Subsequently, in 2016 on the same channel, a follow-up show entitled, ‘Raising 16 children’ was aired. Afterwards, another film which was also aired on the same channel which was about the family blitz of cross-country trips titled ‘On the Road with 16 Children’.

Jessa Duggar began performing in 2008 on the reality show ‘19mKids and Counting’. For seven years until 2015, the show was aired on the popular channel ‘TLC.’ The show was about her family including her parents and 18 siblings. Initially, it was known as ’17 Kids and Counting; then the name changed as the family grows. When the show was terminated, Jessa together with her sister Jill continued to perform in another show titled ‘Jill and Jessa: Counting On.’ The show was aired on ‘TLC’ in December 2015.

As a former target of sexual abuse, Jessa Duggar had made a firm stance against the crime, denouncing it at every chance. The actress has, on numerous occasions, revealed how she was victimized as early as her childhood.Jessa has also revealed that her brother had sexually abused her. Despite all of this, she had recently taken a back seat on the issue as Jessa has claimed that the media have blown the story out of proportion and misinterpreted her statements.

Jessa also pressed that the hurt she has felt as a result of her abuse came not from the abuse itself. Instead, it stemmed from her brother’s later confessions and the dire effects it had on her family environment. Jessa's first pregnancy, instead of adding to her hardships, has rather strengthened her mental resolve.Jessa feels that it kept her mind busy and not fixated on negative thoughts. ‘The fact that I was pregnant was a breath of fresh air because we had the birth of this child to look forward to,’ she said.

Following appearances on various reality television shows such as “19 kids and counting” and “Today,” as well as some documentaries, Jessa Duggar's copywriting skills, were recognized. Jessa began to be seen as a credible author. She had co-authored, along with 3 of her sisters, “Growing up Duggar; it’s all about relationships.” It was published in 2014 by  Howards Books, a publisher The primary focus of the book is the importance of managing relationships. It advocates ideas like refraining from holding hands in public, hugging, alcohol, romance novels, modern music, dancing, Halloween and birth control. It sheds light on living a life with such prohibitions and the challenges the faced in their family.

Although Jessa Duggar at age 24 was 18 weeks into her 1st pregnancy, she had not gone to get an ultrasound. Her older sister Jill, who was pregnant too and a certified midwife, with the aid of a Doppler, identified the baby’s heartbeat initially. Her prowess allowed her to identify the sex of the unborn child as a female, based solely on the infant’s pulse – specifically, the rate of her heartbeat.

Jill subsequently used the Doppler to concur with Jessa’s long-standing theory of bearing twins. This, she did by identifying two separate heartbeats, not in sync and distinctly unique. She did this during her initial check with the Doppler.-

Jessa Duggar married Ben Seewald on 1st November in the year 2014. Jessa Duggar was in the spotlight when news of her alleged divorce spread. This story centered on the allegation that her marriage with Ben Seewald had been terminated, merely hours after they had said their vows. A guest to their marriage ceremony, “Marry B,” had stated that the couple had been found out by none other than Jessa’s sister – Jinger. The two had been discovered by Jinger behind closed doors at the reception area of their soon to be marriage venue. “Marry B” later continued to shed light on the scandal explaining; how Jinger, who had escorted her sister to the reception area, was left speechless upon walking in on them. She was forced to retrace her steps upon seeing them quickly.

Jessa herself eventually quelled the rumors; sharing a picture of her and her spouse kissing on social media. It was shared with the comment, “Do not be overcome with evil but overcome evil with good.”