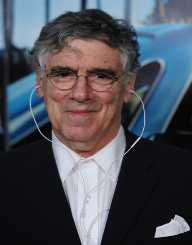 Elliot Gould is an American actor who has appeared in the Ocean’s Trilogy and also starred in M*A*S*H. He is also the former spouse of actress Barbara Streisand. Gould has also appeared on Friends.

Elliot Gould was born on August 29, 1938. His star sign is Virgo, and his full name is Elliot Goldstein. His birthplace in Brooklyn, New York. Gould has deep Jewish ancestry through his parents Bernard and Lucille Goldstein who migrated to the US from Eastern Europe.

As a child, Elliot Gould was extremely shy and mostly kept to himself. To make him more outgoing, his mother had him take elocution lessons. Gould also studied acting, & dancing and was good with the tap dance. Gould’s mother took him to several fashion shows and art competitions, and he soon became a child model.

Elliot Gould enjoyed considerable success as a child model in his pre-teen years. He then went on to perform on local television. One revelation from his childhood which Gould himself made was he didn’t enjoy acting like a child. In these years, Gould shined as an impersonator.

His stints at pretending to be different persons brought him a great career opportunity as an actor. Elliot Gould impersonated an agent and recommended himself to a Broadway producer. He ended up getting a role in the Broadway musical Rumple.

After the success of Rumple, Elliot Gould had a rough time finding new work. He even worked as an elevator boy to support himself. In 1962, he got a role in a movie in which Barbara Streisand was the lead actress. They hit it off well, fell in love and married the next year. However, his professional career wasn’t getting anywhere, and this put a strain on their relationship. Elliot Gould was called continuously Mr. Streisand in the media. He appeared in Bob & Carol & Ted & Alice in 1969. But the film didn’t do much to uplift his career. In 1970, he starred in M*A*S*H, which earned him an Academy Award nomination. His career then began to improve, but by this time, his marriage had suffered a lot. Barbara and Gould divorced in 1971, one year after he appeared in I love my Wife. His career took off after he appeared in the movie Getting Straight.

In 1971, he appeared in the movie The Touch. His most successful and career-defining film was yet to come. In 1973, he played Philip Marlowe in The Long Goodbye and became an accomplished actor. None of his later roles have garnered him as much praise as this performance in 1973. Gould’s career came to a standstill once again in the 1980s. Elliot Gould came back however with solid performances like that of Jack Geller on Friends. He then starred in American History X in 1998. Afterwards, he joined the Ocean’s Franchise and appeared in all three films of the trilogy. He has voiced characters in the animated show Kim Possible and also in the video game Scarface. He also appeared in a support role in the TV show Ray Donovan.

Elliot Gould has married thrice. Two of his marriages were to the same woman. His first marriage was to Barbara Streisand in 1963. They produced one child, Jason Gould who is also an actor. They divorced in 1971 after eight years of togetherness. In 1973, he married Paul Bogart’s daughter Jennifer.

They divorced two years later but remarried in 1978. The marriage didn’t work out finally, and they separated in 1979. From this marriage, Elliot Gould has two children – Molly and Samuel.