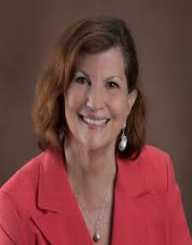 Candy Lightner was born on May 30th, in 1946. She is famous for having founded Mothers Against Drunk Driving (MADD). It is an activist organization. She drew inspiration to come up with the organization after her daughter Cari was killed in an accident involving DUI.

Candy Lightner was born on May 30th, in 1946. Her place of birth was in Pasadena, California. She attended high school around her hometown.

For her college education, Candy Lightner enrolled with the American River College situated in Sacramento.

Candy Lightner has had a bitter experience as a result of drunk driving. Serena, her daughter, was only 18 months old when a drunk driver injured her. After that, after only six years, his son was run over by an impaired driver. Travis, her son, suffered brain damage as a result of the incident.

In mid-1980, her daughter named Cari lost her life. She was run over by a drunk driver. Cari’s body was severely mutilated to the extent that her body organs could not be donated. Following the death of her daughter, Lightner channeled her efforts in fighting against drunk driving.

Lightner dedicated her time to spreading her message far and wide. Consequently, she regularly visited Jerry Brown’s (California’s governor) office to ensure that he launched a state commission on the matter.  Ultimately, her loud voice paid. She was appointed to serve in the commission. This gave her an excellent platform to spread the message on the dangers of drunk driving.

Moments later, President Ronald Reagan appointed Candy Lightner to serve under the National Commission on Drunk Driving. This occurred in 1984.

Following the group’s efforts with regards to driving and drinking, they managed to push for a law that would raise the drinking age to 21 years. Inspired by her mother, Lightner's daughter established Students Against Drunk Driving.

After that, in 1985, Lightner abandoned MADD after allegations rose up that she mismanaged the organization’s funds.

Candy Lightner tied the knot with Steve Lightner shortly after completing her college education. Together, they welcomed three children in their relationship namely Cari, Serena and Travis. Cari and Serena were twins, and their last born son was Travis.