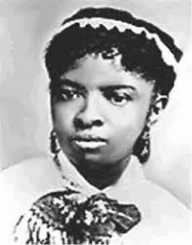 Mary Eliza Mahoney was born on May 7, 1845, in Dorchester, Massachusetts, United States of America. Both her parents, Charles and Mary Jane Stewart Mahoney, were freed, slaves.

They moved to Boston from their original residence in North Carolina before the Civil War to protect themselves from persecution on racial grounds. Eldest of two children of her parents, she grew up in Boston.

With time, Mahoney developed a passion for the profession of nursing. She attended the Phillips School in Boston from the age of ten and studied there from first to fourth grade. Phillips School is one of the first integrated schools in Boston and is also a valued place of learning for its high standard. Mahoney learned the value of morality and humanity from the teachings of the Phillips School along with the regular subjects of English, Arithmetic, and History, etc.

The lessons she learned from her Alma Mater influenced her early inclination to the field of nursing. Besides, the horrific spectacle of the wounded soldiers during the Civil War also had a deep impact on her to pursue nursing as a career option.

Mary Eliza Mahoney began working at the New England Hospital for Women and Children, Boston, at the age of eighteen. In her initial days, she worked in the hospital as a combined hand. Her works involved cooking, washing, assisting a nurse, and every other type of menial jobs. This went on for fifteen years. Thereafter, in 1878, at the age of 33, she received an opportunity to join a 16-month nursing program offered by the hospital.

Mahoney’s nursing career spread across the next 40 years earned her a distinguished reputation. Working as a private care nurse, she took care of mostly the new mothers and new-borns belonging to the white, affluent families. With occasional travel to other states, her nursing career mainly remained confined inside the state of New Jersey. Her untiring efforts and professionalism, coupled with unmatched skill and preparedness, made her a name to reckon with in the professional nursing circuit.

Throughout her distinguished career, she set very high nursing standards for herself. This changed the mindset of the people in general towards the nursing profession. She strived hard to remove racial discrimination in her field of work and became successful in her efforts as well.

In 1911, she became the director of the Howard Colored Orphan Asylum for Black children situated in Kings Park, Long Island, New York. Thereafter, she served the post until 1912. Mahoney was one of the first Black members of the American Nurses Association. She was also a member of the newly founded National Association of Colored Graduate Nurses.

Mary Eliza Mahoney was inducted into the ANA’s Nursing Hall of Fame in 1976.

In 1993, she also received induction into the National Women’s Hall of Fame.

In 1936, the National Association of Colored Graduate Nurses established the Mary Mahoney Award in recognition of her contribution to the field of nursing irrespective of any racial discrimination.

Mary Eliza Mahoney had a speculated brief romantic affair with an unknown doctor during her early twenties. The engagement did not last long and left an indelible emotional scar on Mahoney’s mind. She never married and spent the rest of her life catering to the needs of her patients. She was also a strong advocate for women’s equality and spoke vociferously for their rights.

The ratification of the 19th amendment granting women’s suffrage took place on August 26, 1920. She was among the first women to register her vote in Boston following the ratification.

In 1923, she was diagnosed with breast cancer. On January 4, 1926, Mary Eliza Mahoney passed away after battling cancer for three years. Her mortal remains were buried in Woodlawn Cemetery in Everett, Massachusetts.