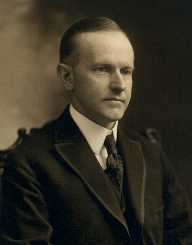 For four years, Charles G. Dawes came to prominence as the 30th Vice President of the United States. He was known as a promising man who wasn’t known for his good deeds as a politician but also as a businessman. He came from a well-known family regarding ranks, and there wasn’t anything kept for him than to follow their footsteps. Right from the start, he was destined for greatness. He made sure that whatever he touched was turned into nothing else than pure gold. It was in the aftermath of the WWI that he took the work of a compensator. This is what led him to garner a Nobel Peace Prize in 1925.Read further.

On 27th August 1865, a couple, Mary Beman Gates Dawes and Rufus Dawes were blessed with a son in Marietta, Ohio, United States. He was none other than Charles Gates Dawes. His protective father served as the Civil War officer during the WWI. He also came from a distinguished family. Charles joined Marietta College where he completed in 1884.After graduation, he opted to major in law, and he enrolled at the Cincinnati Law School. It was in 1886 that he completed his upper studies.

In 1887 Charles G. Dawes went to Nebraska where he acted as a lawyer till the end of 1894.His sense of creativity made him launch his own business. It was here that he started to serve as counsel and at the same time a businessman. With much zeal and determination, he acted as a manager of several businesses such as bank and several investments.

In 1989 Charles G. Dawes was then appointed as the Comptroller of the Currency in the US Treasury Department. It was in this position that he managed to collect over $30 million amount that had previously failed in the course of the Panic of 1893.

For three to four years, Charles business multiplied hence giving birth to tons of branches around the globe. With the help of his elder brother, they managed to control over 28 electric plants and gas in over eight states. He later opted to leave the business for his brother where he ventured into the banking sector.

In 1902 Charles G. Dawes founded Central Trust Company where he served as the President. He took extra time to his businesses, and the organization changed its name to Dawes Bank. Having a close connection with William Dawes, a well-known Revolutionary War figure, he teamed up with the Sons of the American Revolution early in 1915.

It was after two years that Charles was appointed as the Major and later as a Lieutenant before being pleased as a Brigadier General. It was here that he also worked as the Liquidation Commission member, but he later resigned in 1920.

In the mid of 1921, Charles G. Dawes got a seat as the Director of Bureau of the Budget. He played a significant role in regards to German’s budget where he came up with Dawes Report in 1924.It was in the same year that he was appointed as the vice presidential nominee. In 1924 he was elected as the Vice President of the United States. From 1929 to 1932 Charles served as the U.S Ambassador to the UK.

When his political career ended, he went to govern his business. In 1932 he acted as the chairman of the City National Bank and Trust Co. Charles was also known as an incredible author. From 1921 to 1939 he published books such as A Journal of the Great War followed by a Journal of Reparations and Notes as Vice President.

In the mid of 1925, Charles G. Dawes received a Noble Peace Prize an award that he shared with Sir Austen Chamberlain. A Dawes Plan Award followed for his notable work in the World War I compensation. In 1889 Charles G. Dawes married Caro Blymer with whom he had four children. He breathed his last on 23rd April 1951 at 85 years of age.