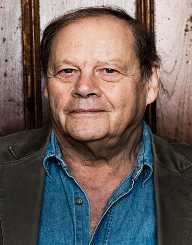 Bruce Beresford was born on August 16th, 1940 in Australia. His parents Lona-née Warr and Leslie Beresford were electrical goods entrepreneurs.

Bruce Beresford began his early education at the King's School in Parramatta. He later joined the University of Sydney and studied English. He attained his bachelor’s degree in 1964. After his graduation he decided to look for a film job in England. He landed a job in Enugu in Nigeria as an editor and worked for two years. He then returned to England to work as a producer in British Film Institute.

Bruce Beresford began his ten years career in feature film Career in Australia from 1970. The Adventures of Barry McKenzie was his first film in the film industry. This was followed by other films like The Getting of Wisdom, The Club, and Don's Party among others.

In 1984 he was nominated as the best director and was presented with an Academy Award. He earned this through his film Tender Mercies, a film that was made in the United States. He earned other awards in different categories thereafter.

In 1989 he won his second academic award for best picture in the film Driving Miss Daisy. He directed the film Silent Fall which was later nominated at the 1995 45th annual International Film Festival in Berlin as the Golden Bear.

In 2009 Bruce Beresford directed the film Mao's Last Dancer. This film became a hit in Australia, taking him to a higher level in his career. The film won many awards in some festivals in Australia.

In 2016, he ventured into theatre productions as well as soap Operas. He directed the soap Albert Herring by Benjamin Britten.

Bruce Beresford first marriage was to Rhoisin Patricia Harrison in 1965. They were blessed with two sons and a daughter but later divorced. He then married Virginia Duigan in 1985, and they are still together. She is an actress and writer. Together they have a daughter, Trilby Beresford born on June 9, 1986.