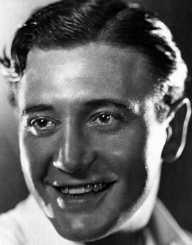 Gregory La Cava was born on March 10, 1892. He was an American film director. He was popularly known for his comedies ‘Stage Door’ and ‘My Man Godfrey.’ He was an alcoholic, and his love for alcohol led to his downfall. He died at the age of fifty nine.

Gregory La Cava was born on March 10, 1892, in Towanda, Pennsylvania. He was born into a modest family. He was a creative child and portrayed creativity in whatever he did. He left school and began studying painting at the Art Institute of Chicago and the Art Students’ League of New York. He, however, dropped out of school due to financial constraints.

After dropping out of school, Gregory La Cava started working as a newspaper reporter in New York. He also worked as a cartoonist with ‘The New York Globe’ and ‘Evening World.’ In 1913, he got a job in animated movie work at the studio of an animator, Raoul Barre.  He was among the principal animators of the ‘Animated Grouch Chaser’ series. In 1915, he started working for William Randolph Hearst who started an animation studio known as the International Film Service. He was hired as the editor in chief of the International Film Service, a post that he held up to 1918. In the 1920s he started live-action productions, writing and directing comedy shorts and features.

In 1921, Gregory La Cava made his directorial debut with the film ‘His Nibs.’ In 1922, he directed the short comedy ‘A Social Error.’ In 1923, he directed two films ‘Helpful Hogan’ and ‘The Fiddling Fool.’ In 1924, he also directed two films ‘The New Professor’ and ‘Restless Wives.’ In 1929, he ventured into talkies with ‘Saturday’s Children.’ His films became successful during the 1930s because he worked with famous actors and actresses in Hollywood. In 1934, he directed the film ‘The Affairs of Cellini’ which earned him four Academy Award nominations.

In 1936, Gregory La Cava directed ‘My Man Godfrey’ which starred William Powell and Carole Lombard. The film was a commercial and critical success. In 1937, he directed ‘Stage Door’ which was a success and it helped revive Katharine Hepburn’s career. He was a good and talented director; he achieved a lot of success with the films that he directed. He was, however, an alcoholic. His love for alcohol led to the decline of his career in the 1940s.

In 1937, Gregory La Cava received the New York Film Critics Circle Award for Best Director for the film ‘Stage Door.’ He was awarded a star on the Walk of Fame at 6906 Hollywood Boulevard.

In 1924, Gregory La Cava married Beryl Morse Greene with whom he had one child. They divorced in 1930. In 1940, he married his second wife Grace Olive Nicholls Hoyt Garland, but the marriage ended in 1945. He died on March 1, 1952, of a heart attack. He died at the age of fifty nine. His death was also contributed by his alcoholic nature. He died an alcoholic.