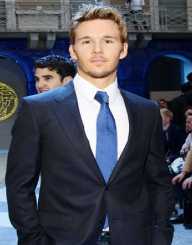 Australian actor-comedian Ryan  Kwanten was born on November 28, 1976, in Sydney, Australia. Son of a Dutch father, Ryan grew up with his other two brothers, Mitchell and Lloyd in a friendly and entertaining environment. His father, Eddie Kwanten, a Dutch immigrant, was a worker at NSW Maritime, the controlling authority of Australian Maritime Security. His mother Kris was employed with ‘Lifeline’, the Australian crisis management and support organization as a coordinator. While Kwanten soon found his unwavering passion and interest towards acting and pursued an acting career with religious devotion, his brother Mitchell became a musician and Lloyd, a doctor.

Ryan Kwanten attended St Paul's Catholic College, Manly, New South Wales and completed his graduation. Thereafter, he studied at the University of Sydney and earned his degree in commerce from the business school of the University.

His father was a champion paddle boarder and it was mainly due to his father’s inspiration, Ryan developed into a child with a good, agile physique and became expert in games like golf, biathlons, tennis and particularly in surfing. His love and obsession with surfing had almost cost him dearly when at the age of 12, he survived a shark attack which made headlines in the local newspapers. The intensity of his fanatic craze with surfing can be gauged from the fact that he went swimming again the next day unperturbed by his horrific and miraculous escape from the jaws of the shark just the previous day.

Ryan Kwanten was drawn into acting by an incidence of luck. He was accompanying his mother on his way to swimming practice. His little brother was also with them who was to be dropped at an audition that was being organized by some acting agency to select child acting talents for their upcoming projects. However, in a case of mistaken identity, Kwanten was led inside the auditorium and was told to give an audition. As luck would have it, he was selected by the agency and his brother could not make it. A year later, in 1992, Kwanten received his first acting assignment when he was handed over a recurring role in the award-winning Australian television soap opera ‘A Country Practice’.

Before receiving his first important acting assignment in ‘A Country Practice’, he appeared as ‘stagecoach driver’ in an episode of the TV series ‘The Case-Book of Sherlock Holmes’ (1991), which was his maiden performance in professional acting. He appeared in some more television shows like ‘Hey Dad..!’, an Australian sitcom aired on the seven network from 1987 to 1994 and ‘Spellbinder: The Land of the Dragon Lord’, which is a sequel to the original ‘Spellbinder’, a television series for the children as well as the teens and preteens. He was unable to get any meaty roles in good, major films in spite of his frantic search and sincere endeavour.

In 1994, Ryan Kwanten made his film debut in 1994 with the small role of a kid in ‘Signal One’. He kept on appearing in a number of low rated, insignificant films during the beginning of his acting career including the likes of ‘American Brown’, ‘Truth in Journalism’ and ‘The Junction Boys’. His breakthrough acting assignment came during 1997. At age 21, while still studying at the University of Sydney, he made it to the ensemble cast of the Australian soap opera ‘Home and Away’, where he played the role of Vinnie Patterson, a lifeguard. He achieved enormous popularity during his association with ‘Home and Away’ from 1997 to 2002. He left the show shortly after his character got married and became a father.

Having left the show after a successful five-year stint, Ryan Kwanten decided to move to Los Angeles, United States of America, to look greener pastures. His initial struggle to land a role bore fruit after a grueling three months of desperate quest for the same, when he secured a crucial role on the WB drama series ‘Summerland’ during 2003. After having grabbed his first major breakthrough role, he decided to stay in the United States and adopted a southern drawl in his style of dialogue delivery. In 2008, he landed the most prominent role of his acting career so far when he was cast as Jason Stackhouse in the HBO vampire drama series ‘True Blood’. The Alan Ball creation was an adaptation of the series of novels titled ‘The Southern Vampire Mysteries’ by Charlaine Harris. The stupendous success of the TV series catapulted Ryan to international stardom. In 2009, he was awarded the ‘Satellite Award’ in the category of ‘Best Ensemble, Television’. He also earned nomination for another four awards for his role in the series.

Between 2003 and 2008, he appeared in many films such as ‘Flicka’ (2006) and ‘Dead Silence’ (2007), a horror film where he portrayed the leading character of the film, Jamie Ashen. Among his other works, his one episode appearance in ‘Law & Order: Special Victims Unit’, an American crime drama television series, where his characterization of a US Marine Corps Master Sergeant, indicted for raping and murdering a fellow Marine and her unborn baby, deserves special mention.

Ryan Kwanten has not got married till date. He has keenly observed his married friends and is content keeping their kids or pets in his custody when they go out. He is of the opinion that he is not yet ready to settle down and enjoys leading his bachelor life, occasionally helping his friends on different errands. A fitness freak, he maintains his muscular physique in top condition and credited his achievement in his acting career to such athletic background.