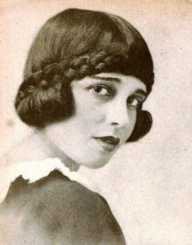 P. L. Travers was born as Helen Lyndon Goff on August 9, 1899, in Maryborough, Queensland, Australia. She was fondly called Lyndon during her childhood days. Her father, Travers Robert Goff, was born in Deptford, southeast London, England and hailed from Irish ancestry. He failed to succeed as a bank manager and was demoted to the position of bank clerk due to his excessive alcoholism. He died at the age of 43 when Lyndon was only 7. Her mother Margaret Agnes Morehead was an Australian and was the sister of Boyd Dunlop Morehead, Premier of Queensland from 1888 to 1890.

P. L. Travers' family relocated to Allora from Maryborough in 1905. They again moved to Bowral, New South Wales after her father’s death in 1907. During World War I, she was boarded at Loreto Girls School in Normanhurst, a suburb of Sydney, Australia.

Lyndon started writing poems while she was still in her teens and published the poems in Australian periodicals like The Bulletin and Triad. She took the stage name Pamela Lyndon Travers and gained some reputation as an actress. She toured Australia and New Zealand along with the Shakespearean Company of Allan Wilkie. However, since she was very keen to pursue her nascent literary career, she decided to travel to London, England as she thought it to be the literary center of excellence for the English language.

In 1924, Helen Lyndon Goff immigrated to England and started writing under the pen name P. L. Travers. Having already served as a journalist in Australia, she began writing travel stories and sent it for publishing in the homeland papers. She also wrote many articles for different English periodicals and submitted some poems to The Irish Statesman. George William Russell, widely known by his pseudonym AE, was the editor of The Irish Statesman at that time and became a lifelong supporter of Travers.

Travers was very fond of Irish Mythology. The love affair started way back in her childhood when her father used to tell her the stories regarding Irish mythology. She became friends with poet William Butler Yeats utilizing the connection with G. W. Russell. In 1934, Travers published her first book ‘Moscow Excursion’ in 1934. This was followed by her first book of the Mary Poppins series, ‘Mary Poppins’ in the same year. ‘Mary Poppins’ is a story of a magical nanny, who used a parrot-headed umbrella as a means of transport and was able to celebrate tea parties on the ceiling. The book was an instant success.

After that, P. L. Travers published her book ‘Aunt Sass’ in 1941. The book was a tribute to her great aunt Helen Morehead, who sheltered and took care of her family for ten years in Bowral, New South Wales after her father’s death. Even the character of Mary Poppins is said to have been inspired by the character of her great aunt.

However, P. L. Travers disapproved of the way the Poppins character was shown in the film, especially in the animation sequence. In 2013, a film titled ‘Saving Mr. Banks’ was made starring Tom Hanks as Walt Disney and Emma Thompson as Travers. The movie is about the behind-the-scenes story of the book to film. It also showed her early life, a comparison between her and Mary Poppins’ childhood and the early planning stage of writing the Mary Poppins series.

Travers had an immense passion for symbolism and mysticism. A New York-based journal ‘Parabola’ dealing in these fields appointed her as their consulting editor. Some of the articles published in this journal were later collected and published in a book titled ‘What the Bee Knows: Reflections on Myth, Symbol, and Story.’ In 1971, she authored a book named ‘Friend Monkey,’ which was inspired by the Hindu God Hanuman. She also continued writing young adult novels, essays, plays and lectures on mythology and symbols. She wrote a book ‘About the Sleeping Beauty’ in 1975 which is about her fairy tales besides the story of Poppins.

During the World War II, P. L. Travers worked for England's Ministry of Information. Near the end of the war, Travers spent two summers observing and studying the mythology and folklore of the Navajo, Hopi and Pueblo people residing in Navajo reservation in Arizona. She went there at the invitation of her friend, the US Commissioner of Indian Affairs, John Collier.

At the end of her long and distinguished literary career, P. L. Travers planned to write a farewell book on Mary Poppins, where she intended to terminate the character. However, she had to shelve the plan under vociferous protest from the publishers and the fans alike.

P. L. Travers was mysterious, pettish and private. She had many brief romantic relations with different men in her youthful days. However, she did not marry anyone. She had a longtime roommate, Madge Burnand who was the daughter of playwright Sir Francis Burnand. The two shared a flat in London from 1927 to 1934 and then moved to Pound Cottage near Mayfield, East Sussex. Their relationship is speculated to be intense but equally unambiguous.

P. L. Travers adopted a baby boy, Camillus Travers Hone at the age of 40. Camillus had an identical twin named Anthony Hone, but he was unaware of it until the age of 17. After growing up, his brother came searching for him, and that is when he came to know the truth. Upon learning the truth, Camillus left Travers forever.