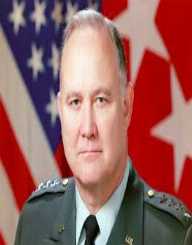 U.S. Army four-star General Norman Schwarzkopf was born Herbert Norman Schwarzkopf Jr. on the 22 August 1934 in Trenton, New Jersey. He was born into a military family. His father was a brigadier general as well as the first superintendent of the New Jersey State Police. Schwarzkopf Snr. was also a World War I military veteran. Schwartzkopf was one of three children and had two sisters, Sally and Ruth.

Norman Schwarzkopf was a pupil at Bordentown Military Institute before relocating to Iran, Switzerland, and Italy because of his father’s occupation. (1946-1950). By the time he returned to the United States, he was fluent in German and French. He then attended Valley Forge Military Academy in Wayne, Pennsylvania where he was noted for his debating skills. He also played football. He was accepted into West Point Military Academy in New York, graduating in 1956 at No.43 out of a class of 480.

Schwartzkopf underwent airborne and infantry training at Fort Benning, Georgia. He then served with airborne units in Europe and America, including a two-year assignment in Berlin. After doing a career-officer course at Fort Benning, he was awarded a master’s degree in guided-missile engineering from the University of Southern California (1964).

In 1965, as Captain Schwartzkopf, he was sent to Vietnam as an adviser to the South Vietnamese airborne division. He returned home a major in 1966 and taught at West Point for two years. He was then promoted to lieutenant colonel and was sent to the Command and General Staff College at Fort Leavenworth in Kansas.

On his second tour of duty in Vietnam (1969-1970), Norman Schwarzkopf won three Silver Stars; he was also wounded twice. Schwarzkopf was made a colonel in 1975, a brigadier general in 1978, a major general in 1982 and a lieutenant general in 1986. He coordinated the task force that invaded Grenada known as Operation Urgent Fury. The operation involved rescuing American medical students on the island as well as suppressing the rebels and restoring law and order.

Schwarzkopf became a 4-star general in 1988 and was appointed the commander of the United States Central Command at MacDill Air Force Base in Tampa. This role meant supervising the US military activities in the Middle East, the Horn of Africa and the Persian Gulf.

When Iraqi forces invaded Kuwait on the 2 August 1990, Norman Schwarzkopf relocated his headquarters to Riyadh in Saudi Arabia and prepared for war with ships, aircraft and three-quarters of a million allied troops which included half a million Americans and Arab contingents under Prince Khaled bin Sultan of Saudi Arabia, the co-commander of the gulf war. Iraq was given a deadline to withdraw from Kuwait, and when it was not met, the gulf war broke out on the 15 January 1991.

Because the first Gulf War was the first war to be televised, and Schwartzkopf controlled what was released to the media, he became the iconic figure of the commander dressed in battle fatigues known as Storm’ Norman and an international figure. At the end of the war, Schwartzkopf was welcomed on his return home by massive parades New York City and Washington D.C. (June 1991). After retiring from the military in August 1991, Schwartzkopf relocated to Tampa, Florida.

Norman Schwarzkopf published a memoir; It Doesn’t Take A Hero (1992) which became a bestseller.

Schwartzkopf was the recipient of many awards and honours, including the Presidential Medal of Freedom (2002) and a knighthood from Queen Elizabeth of England