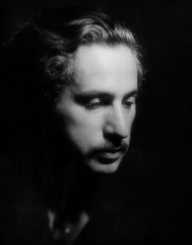 Josef Von Sternberg was born on May 29, 1894. He was an Austrian-American film director. He is known for his films ‘Morocco’ and ‘The Scarlet Express.’ He is also the one who introduced Marlene Dietrich into Hollywood and made a star out of her. He worked with Marlene in a number of his films that were successful in his career. He, therefore, became one of the foremost Hollywood directors of his time. He was mentored by French-American film director, Emile Chautard. He also brought fame to actresses such as Rita Hayworth, Dolores del Rio, and Carole Lombard. He died on December 22, 1969.

The family then settled in New York City. Josef Von Sternberg was brought up in a family that was not so well off as his family struggled to survive. He attended public schools in New York which were also filled with immigrants. He learnt English from the schools. When he was a teenager, he dropped out of Jamaica High School and started working as an errand boy in a lace warehouse.

Josef Von Sternberg continued doing odd jobs to sustain himself and his family. He was introduced into the film industry when he got a job of cleaning and repairing movie prints. By the 1910s, he was working at the World Film Company at Fort Lee, New Jersey. He was working under William A. Brady. French-American film director, Emile Chautard then took him up as a protégé. Emile mentored him in the science and art of filmmaking. He also received guidance from other French speaking directors and cinematographers at the company.

In 1919, Josef Von Sternberg was hired by Emile as an assistant director for a version of ‘The Mystery of the Yellow Room.’ In 1925, he made his directorial debut with ‘The Salvation Hunters.’ He also adopted the name, Josef von Sternberg. He collaborated with legendary Charlie Chaplin who was impressed by his work. They collaborated in making the film ‘A Woman of the Sea.’ Chaplin produced the film while Josef directed it. The film was completed, but it was never publicly screened. Josef enjoyed success and fame with films that he directed such as ‘Underworld,’ ‘The Docks of New York,’ ‘Thunderbolt’ and ‘The Last Command.’

In 1929, Josef Von Sternberg was invited to make a film in Germany. He went to Berlin where he directed ‘The Blue Angel’ which starred Emil Jannings, Marlene Dietrich, and Kurt Gerron. The movie launched him as an international star because of the success that it received. He later invited Marlene to New York, and they collaborated in successful films such as ‘Morocco,’ ‘Dishonoured,’ ‘The Scarlet Express,’ ‘Shanghai Express,’ ‘Blonde Venus’ and ‘The Devil is a Woman.’ They collaborated successfully but their collaboration ended after the release of ‘The Devil is a Woman’ which was not a box office hit.

Josef Von Sternberg's separation from Marlene devastated him that he could no longer make films like he used to. In 1952, he co-directed his last Hollywood film ‘Macao.’ The film was not successful, and it recorded a loss of seven hundred thousand dollars. The last film of his career was ‘Anatahan’ which was made in Japan. The film was also not successful. As from 1959 to 1963 he taught a course on film aesthetics at the University of California, Los Angeles.

Josef Von Sternberg's film ‘The Devil is a Woman’ won the Award for Best Cinematography at the Venice Film Festival. In 1963, he won the German Film Award – Special Award for Outstanding Contributions to German Cinema.