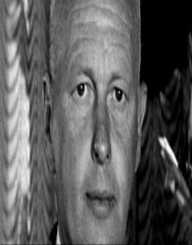 John Farrow was born on February 10, 1904. John Farrow was an American director, Screenwriter, and producer. He was also a writer as wrote novels, biographies, poetry, and history. Some if his films include ‘Around the World in 80 Days’ and ‘Wake Island’ among others.

John Farrow was born on February 10, 1904, in Sydney in Australia. John Farrow was born to Lucy Villiers who was a dressmaker and Joseph Farrow who was a tailor’s trimmer. When he was three years old, his mother passed away. John Farrow attended Newton Public School and Forts Street Boys’ High School. He later became a sailor. When he reached the United States of America, John Farrow joined the Jesuits St. Ignatius College, University of Francisco. John Farrow later went to Hollywood after he discontinued his studies.

John Farrow began his career as a writer, but at the same time, he worked as a sailor. He met filmmaker Robert Flaherty who inspired him to take up screenwriting. In 1927, he became a script consultant and technical adviser in Hollywood. John Farrow rose up the ranks, and he was soon recognized as one of the most distinguished screenwriters in Hollywood. John Farrow worked for companies such as RKO Radios Pictures Inc., Paramount Pictures, and DeMille Productions. In 1928, he wrote the script of the film ‘Ladies of the Mob.’ In 1929, he wrote the script for the film ‘The Wolf Song.’ In 1932, he wrote the novel ‘Laughter Ends.’ In 1933, he became the Assistant Director on G. W. Pabst’s film ‘Don Quixote.’ In the same year, he was arrested in the United States because he was an immigrant who had entered the country illegally.

In 1934, John Farrow was released. In 1936, he wrote and directed ‘Tarzan Escapes’. In the same year he signed a contract with Warner Bros. In 1937, he made his debut as s director with the film ‘Men in Exile’. John Farrow later directed ‘She Loved a Fireman’ and ‘West of Shanghai’. In 1938, he directed the films ‘Little Miss Throughbred’, ‘The Invisible Menace’ and ‘My Bill.’ In 1939, John Farrow directed ‘Women in the Wind’. In the same year, he moved to RKO where he directed films such as ‘Full Confession,’ ‘Five Came Back’ and ‘The Saint Strikes Back’ among others. In 1940, John Farrow directed the films ‘A Bill of Divorcement’ and ‘Married and in Love’. In 1939, he took part in World War II when he enrolled in the Canadian Navy. In 1940, he became a lieutenant. In 1943, John Farrow served as a technical consultant for the Royal Canadian Navy Show.

In 1924, John Farrow married his first wife Felice Lewin with whom he had a daughter. The couple divorced in 1934. In 1936, he married actress Maureen O’Sullivan with whom he had seven children. In 1947, John Farrow became an American Citizen. John Farrow passed away on January 27, 1963, of a heart attack in Beverly Hills in California. His remains were buried at the Holy Cross Cemetery in Culver City. John Farrow died at the age of fifty-eight.