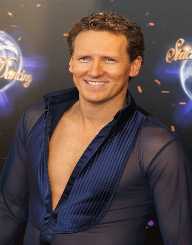 Ballroom dancing started way back in the 20th-century where all ages in Germany enjoyed it. It is also part of entertainment but entails a real dancer or partner. Even then, flexibility plays an imperative role in this field. Competitions are also done in the process. In short, it just likes any other job, but this sounds to be an interesting one. As I have mentioned, strength, focus, and endurance play a major role. Brendan Cole perfectly knows that common sense allows him to turn and step as he maneuvers in ballroom dancing hall.

On April 23, 1976, Brendan Cole was born in Christchurch, New Zealand to Eddie Cole and Karen Cole. He is a New Zealander native who started his dancing career at the age of six. He received several recognitions in his Juvenile, Junior and Youth level.

In 1995 Brendan went to the United Kingdom at 19 years old where he met Camilla Dallerup. Together, they showcased their dancing moves to the core. He made his career professional in 2000 at the Strictly Come Dancing television show.

Brendan loves to dance the Latin Americans themes songs that are quite compelling. From 2005 to 2009 Cole has appeared in some shows as a judge and a dancer. He also partnered with Kelly Brook, Anita Dobson, and Lisa Snowdon. Even though he started to dance at the age of six, he previously served as a builder. He had a long professional relation with Camilla Dallerup. Both began to dance together in 1996 as newbies in the ballroom industry. They were applauded for representing the Eurovision Dance Contest in the United Kingdom.

When it comes to entertainment, Cole is always number one. That said, he has appeared in the Strictly Come Dancing show in 2006.He later collaborated with Anastacia in 2016 where he stepped out due to a lung infection. Gorka Marques took his place for a while.

From 2011 to 2015 Brendan Cole was paired with excellent ballroom dancers such as Kirsty Gallacher, Sunetra Sarker, Sophie Ellis, Victoria Pendleton, and Michelle Williams among others. In series one of Strictly Come Dancing Brendan partnered with Natasha Kaplinsky where they won in the finals. He later danced with Kelly Brook, but she dropped out halfway due to her father’s demise. He then paired with Claire King in series four of Strictly Come Dancing where they were voted to appear in the eight shows. In three series he partnered with Fiona Phillips.

Brendan Cole is also a widely known television and media personality. He has appeared in countable shows such as Love Island, Just the Two of Us and New Zealand Dancing with the Stars. He has also appeared on The Sooty Show- a TV program for children. He is currently planning to tour the Ireland and UK.

Brendan Cole married Zoe Hobbs, a British model in 2010. The couple was blessed with their first child, a daughter called Aurelia in 2012. They currently live in Buckinghamshire. Despite his busy life, Cole loves to spend time with his family. He loves sports and also enjoys American comedies. He was shortlisted as one of the most desirable bachelors in 2006 competition. He is also a charitable person. This means that he supports several charities including the Act of Bullying. Above all, Brendan loves rhumba art of music.