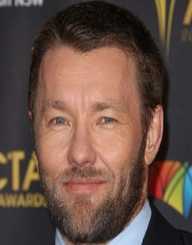 Joel Edgerton was born on June 23, 1974, to Michael and Marianne Edgerton. He has one older brother, Nash Edgerton. He was born in Blacktown, New South Wales but was raised in Dural. He attended school in Kenthurse and got a diploma. Upon graduation he took drama classes at the University of Western Sydney, there is no mention he graduated. After college, he started acting in various stage plays. He also worked with the Sydney Theatre Co.

Joel Edgerton is very private in his romantic life and doesn’t talk much about it in public. Although he is not married, he is seen dating models, Olympic champions and other actresses such as Wanessa Milhomen, Robin McLeavy, and Cathy Freeman.  He was formerly engaged to Alexis Blake but called it off. He was close-mouthed as to the reason for the breaking of the engagement. This past February, he was linked with his co-star romantically, Jennifer Lawrence. But it didn’t seem to last very long. His name was also linked with Dayana Reeves the French model in the news as well.

Joel Edgerton is an actor, director, and producer. He has acted in approximately 23 films and more to come.

He wants to make money off of acting and doesn’t want to rest on his laurels. Add to his growing repertoire of films, his growing award collection, and you have a great career in the making. Here are listed some of the awards he won with the names of the movies and categories.

Joel Edgerton has founded a production company called Blue Tongue Films. Blue Tongue Films is a production company and a film collective. It has eight members. Two of those members are Joel and Nash Edgerton. It was founded in 1996. They have approximately ten films, but I believe there are more. Some of them have been nominated for awards and won awards. Here is a list of the films:

Full-Length Films: Animal Kingdom, Hesher, The Square, Wish You Were Here, The Gift

His brother Nash is a stuntman who also directs. Joel sometimes acts in his brother’s films.

The one nonprofit group that Joel Edgerton belongs to is the Fred Hollows Foundation. The group gives people back their sight and improves the health of indigenous Australians. They are currently active in 25 countries around the world. A couple of years ago he went abroad to help the group in one of its charitable endeavors.

For the 5 ft. 11 Joel Edgerton, life is wide open for him. He is currently worth 3 million dollars, and if his career continues to take off, he may be worth more. He wears a size ten shoe, and his hair is brown. Not to mention that he believes that we should help those around us who are less fortunate. He would make a good catch for any woman to marry and a plus is her private life would remain private.

He can meld into any character that a director sits in front of him to play in a film. As for his continuing to act more than direct that remains to be seen. But considering that the company made up of him and other people in Australia, there are more films to be made both inside the United States and outside the country. You can be sure that we haven’t seen the last of this actor/man: Joel Edgerton.