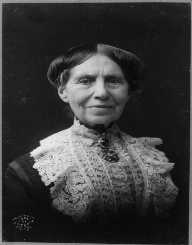 Elizabeth Kenny was an Australian nurse and health administrator. She advocated for the treatment of muscles affected by poliomyelitis by hot wet compresses instead of immobilizing them with splints. She did this by the basis of a physical therapy which later came to be known as physiotherapy. She was portrayed by the 1946 film as ‘Sister Kenny.’

Born on September 20, 1880, in Warialda, Australia, Elizabeth Kenny was the daughter of Irish farmer and veterinary surgeon, Michael Kenny, and Mary Moore. She was informally taught by her mother at home before joining a school in Queensland and New South Wales. At age 17, she fell from a horse and broke her wrist. She was taken to Toowoomba where she was treated by Dr. Aeneas Mcdonnell. While recuperating, Dr. Aeneas mentored her, and she developed an interest in anatomy.

From the age of 18years, Kenny practiced as a bush nurse in Clinton district before returning to Gurya in 1907 to learn basic nursing training from a midwife. In addition, she served as a broker of agricultural produce between the Gurya farmers and the Brisbane market.

Using the money earned from the brokerage in Gurya, she opened ‘St. Canice’s Hospital’ at Clifton where she provided convalescence and mid wifely services. Kenny attended to her first confirmed case of polio under the supervision; local lodge doctor conducted the supervision.

Kenny sacrificed her time and energy in world-war I and volunteered as a nurse and traveled on the ‘dark ships’ which ferried wounded soldiers from England to Australia. She made a total of 16 round trips. In 1917, she was given the honorary title ‘sister’ which was the same as ‘Lieutenant’ in the Australian military.

Towards the end of the war, she served as matron in Enoggera Military hospital in Brisbane before being honorably discharged due to illness. She managed a temporary hospital in Nobby which cared for the victims of influenza (1919) epidemics. She also contracted the disease.

Kenny went back to Nobby and nursed her friend's daughter suffering from cerebral diplegia. Kenny’s three years of rehabilitating in addition to her experience with the sick veterans and was definitely the foundation of her work in polio treatment.

She improvised a stretcher for a family friend’s daughter, Sylvia and escorted her throughout the twenty-six miles to McDonnell's office. Due to Kenny’s help, Sylvia recovered. Kenny enriched the stretcher and eased its use by local ambulance services. She later and promoted it in Australia, Europe, and the U.S.A. and named it the Sylvia stretcher.

She used her techniques to nurse a disabled girl, Maude and succeeded in restoring her walking ability in two-and-a-half years. Elizabeth set up a temporary treatment center for polio in 1932 adjacent to the Queens Hotel. She traveled all over Australia and completed two trips to England from 1935 to 1940 setting up clinics.

Her first published book was ‘The Treatment of Infantile Paralysis in The Acute Stage’ (1937).

‘The Kenny Concept of Infantile Paralysis and its Treatment’ was co-authored with her friend Dr. John Pohl and published (1943). Moreover, ‘My Battle and Victory; History and discovery of Poliomyelitis as a Systemic Disease’ was published (1955).

Kenny devoted all her life caring and treating people suffering from cerebral diplegia, polio, and other afflicting diseases like meningitis.