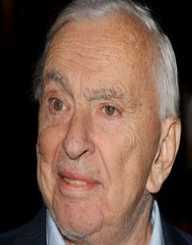 Eugene Louis Vidal alias Gore Vidal was born on October 3rd, in 1925. His place of birth was in West Point in New York. He was the only son of Nina S. Gore and Eugene Luther Vidal. At the age of 13, Vidal was baptized by his school’s headmaster.

Growing up, Vidal was quite close to his grandfather. Often, he would read out loud to him, and this ignited his keen interest in both literature and politics. His father was a notable individual in the society as he was a talented football player. Besides this, he also served the Bureau of Air Commerce at the time when America’s president was Franklin D. Roosevelt.

As a writer, Gore Vidal's works were profoundly influenced by other individuals who wrote novels, poems, essays, and plays. Some of these writers include the likes of Petronius, Apuleius, and Juvenal. These notable writers were from the post-renaissance period. Other writers whom Vidal admired their works include Henry James, Evelyn Waugh, and Marcel Proust.

Vidal first taste of success came after releasing the military novel dubbed Williwaw. This novel was published in 1946. Two years later, he published his third novel titled The City and the Pillar. This work also brought high acclaim to his side. His other works include Burr -1973, Myron -1974, Duluth -1983, and Live from Golgotha -1992.

In 1950, Gore Vidal crossed paths with Howard Austen. Although he lived with him for about 53 years, Vidal claimed that they had a sexless relationship. According to Vidal, their life without sex is what contributed to their lasting affair.

Gore Vidal passed away on July 31st, in 2012. He had been suffering from pneumonia which led to his death at the age of 86 years.