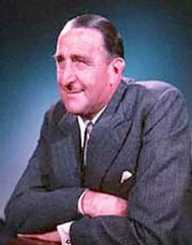 Joseph Arthur Rank was born on December 22nd, 1888. He was a British film producer and industrialist. He founded the Rank Organization. Through his enterprise, Rank went on to own a number of film production facilities and English theaters. For that reason, he dominated filmmaking industry in Britain in the 60s.

Joseph Arthur Rank was born on December 22nd, 1888. He grew up in a Victorian family surrounding at Kingston upon Hull, England. His father, Joseph Rank owned a flour milling business. He attended school in Cambridge at The Leys School and was a dedicated Methodist Church member. After his business failed, Rank joined and worked for his father.

J. Arthur Rank first joined the British National Films Company after what he considered a challenge by London Evening News to produce family films. This resulted in the production of Turn of the Tide, the first movie by the company based on the novel Three Fevers.

In 1935, Rank alongside Lady Yule and John Corfield formed Pinewood Film Studios. The two co-owners later sold their ownership of the company to Rank, leaving him as the sole owner. He then grabbed the opportunity and brought together all his film studios under the Rank Organization.

The organization had a total of 619 cinemas by 1942. During this period, some of the best British films were produced by his companies. The Red Shoes, Matter of Life and Death, Black Narcissus among many others, were all productions from the Rank Organization.

J. Arthur Rank got married to Nell. The couple had two daughters, Ursula and Shelagh.