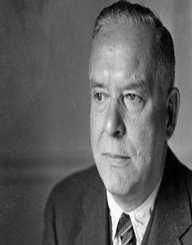 Wallace Stevens excelled as an acclaimed poet of the 20th-century. Apart from his poetic skills, Stevens served as a lawyer under Hartford Insurance Company. He rose to fame for his notable works such as Collected Poems and The Idea of Order and Kay West book.

On October 2 in 1879 Wallace Stevens spent his childhood life in Pennsylvania, Reading to an eminent lawyer, Garret Stevens. He joined Harvard University where he later moved to New York and served as a journalist. In 1903 he joined New York Law School, and after a year he returned to his native land. He landed several jobs in law companies and was finally approved as a graduate lawyer under the American Bonding Company in 1908.

Wallace Stevens moved to Hartford where he joined the home office of Hartford Accident and Indemnity Company. He was later appointed as the vice-president of the company in 1934.He garnered Pulitzer award in 1955. From 1922 to 1940 Wallace went to spend time at Casa Marina Hotel, in the Atlantic Ocean. It was here that he increased his thirst for writing and he came to publish Ideas of the Order book. It was also in the same environment that he met a fervent poet by the name Robert Frost in 1935.

At 35 years old, Wallace Stevens gathered four poems in different titles that he called Phases in 1914.His first poetry book entailed collections of prose and poetries that he named as Harmonium in 1923. From 1920 to 1930, he added two other books in his collection. In 1951 Wallace was honored with National Book Award.He followed it up with The Idea of Order at Key West and Opus Posthumous book. In 1977 Wallace Stevens partnered with David Hackney where they both published a book titled The Blue Guitar. During his tenure, Stevens was admired by other poets including Hart Crane, Marianne Moore, and Carlos Williams.

In 1909 Wallace Stevens married Elsie Viola Kachel despite his parent’s disapproval. The couple was blessed with a daughter named Holly in 1924. After a while, Wallace started to show signs of depression, but he continued to grind without looking back. According to sources, he treated his dearest wife poorly. It came to a point where he used to leave her all by herself while he was working on business matters. He loved to take separate vacations to unknown destinations. He would gather up with old friends and drink while fishing at Atlanta to the latter. His wife, Viola was nowhere to be seen. He preferred to have a separate room where he would pop out of his sizable window and scribble his last verses. It was only that he felt that age was just a number that he thought of bringing up a child of his own, Holly Stevens. Despite all the trials and loneliness, his relationship with Viola succeeded all.

Wallace Stevens was last seen alive in his childhood church in Hartford. He battled with stomach cancer where he breathed his last at 75 years of age.