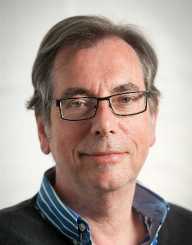 The English writer Herbert Ernest Bates was born on the 16 May 1905 in Rushden, Northhampshire England.

Bates's first novel, The Two Sisters was published in 1925 when he was working as a reporter at a newspaper in Wellingborough. He was twenty years old at the time. The novel was rejected eight times by various publisher until Bloomsbury editor Edward Garrett recommended that it be accepted.

H. E. Bates was a friend of Edward Garrett’s son David who worked for the Ministry of Aviation. During World War II Bates approached David Garrett to enquire as to who best he could serve. He was advised to apply for a commission in the RAF Reserve. He was subsequently appointed to the Public Relations Branch with the task of traveling around talking to airmen and documenting their stories in short story form.

H. E. Bates joined the RAF in late 1941 and did his training at the RAF base in Uxbridge before being given several postings including a Bomber Command base in Cambridgeshire to gather information for his stories. The stories he wrote about the airmen published in two collections: The Greatest People in the World (1942) and How to Sleep the Brave (1943). He also wrote three novels about World War II: Fair Stood the Wind for France (1944), The Purple Rain (1946) set in Burma and The Jacaranda Tree (1948) set in India.