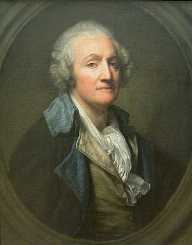 Marie Jean Antoine Nicolas de Caritat, Marquis of Condorcet best known as d Nicholas e Condorcet, was a political scientist, philosopher, and mathematician. Born on September 17, 1743, Marquis de Condorcet is known for the Condorcet method used in voting to select a candidate favorable to win a run-off election. Marquis de Condorcet was an advocate for, free and equal public instruction, equal rights for women and people of all races, liberal economy and constitutionalism. His thoughts reflected in his writings and were said to epitomize the Age of Enlightenment and rationalism. This made him very influential and is revered up until date.

Marquis de Condorcet was born on September 17, 1743, in Ribermont, currently Aisne. He was a descendant of the ancient family of Caritat who gained their title from the town Condorcet in Dauphine. Raised solely by his mother, Condorcet attended the Jesuit College in Reim. Marquis de Condorcet later enrolled at the College de Navarre in Paris, showing his proficiency in mathematics and academicals prowess. His analytical ability at age 16 gained the applause of Alexis Clairaut and Rond d’Alember and would soon study under the latter.

Marquis de Condorcet began to focus on science and would be committed to that field of study from 1765 to 1774. This saw him publish his maiden mathematical work, Essai surlecalcul integral in 1765, which propelled him to his career as a mathematician. Since then, Marquis de Condorcet published several other papers gaining him a reputation, hence, was elected to the Academie Royale des Sciences (French Royal Academy of Sciences)on February 25, 1769, Marquis de Condorcet came out with a paper on integral calculus in 1772.

During this period, Marquis de Condorcet made friends with the French economist, Jacque Turgot who he would share the same political ideology. Turgot became an administrator under King Louis XV in 1772 and also in 1774, a controller general of Finance under Louis XVI. He also collaborated with Benjamin Franklin and Leonhard Euler in his works. Condorcet gained honorary membership for foreign academies and philosophic societies like the Royal Swedish Academy of Sciences, American Academy of Arts and Sciences among others.

When Turgot became the controller general of Finance, he appointed Condorcet as inspector general of the Paris mint in 1774. His appointed shifted his focus from mathematics to politic and philosophical related issues. Marquis de Condorcet became a strong advocate for human rights especially the rights of women and Blacks and became an active member of the Society of the Friends of the Blacks in the 1780s. Marquis de Condorcet proposed some administrative and economic reforms to help transform France and also admired the ideologies of the newly formed United States.

In 1789, Marquis de Condorcet played a vital role in the French Revolution in his bid to see a rationalist reconstruction of the society and supported liberal causes. Championing these causes, Marquis de Condorcet was elected to the Legislative Assembly as Paris representative in 1791 becoming the secretary of the Assembly. With his quest to ensure total reformation in all aspects of the society and therefore proposed reformation of the education system in April 1792. This was aimed at creating a hierarchical system, handled by authority of experts, to work as guardians of the Enlightenment. Being independent in power, the experts will be the guarantors of public liberties. The institution adapted this project and Condorcet went on to draft a proposed Bourbon Constitution for the country.

During this time, Marquis de Condorcet also advocated for women’s suffrage in the new government and supported this with the publication of the article, De l'admission des femmes audroit de cite (For the Admission to the Rights of Citizenship For Women) in 1790. Marquis de Condorcet  was branded a traitor and a warrant issued for his arrest on October 3, 1793, after he publicly criticised a new constitution by the Montagnards after they gained control of the Convention. He had previously taken part in a Constitution Committee and authored the Girondin constitutional project.

Marquis de Condorcet married Sophie de Grouchy in 1786. Sophie was about twenty years his junior. The two were blessed with a daughter Louise Eliza Alexandrine. After his death, he was interred in the common cemetery of Bourg-la-Reine but his remains were lost in the nineteenth century. Nonetheless, in 1989, he was symbolically interred in the Pantheon, as anhonour for his role as a central figure in the Enlightenment and also the bicentennial of the French Revolution.