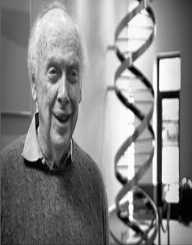 James Watson aka the father of DNA is known as a molecular biologist, zoologist, and geneticist. He is famously known for co-discovering the double-stranded helix structure of DNA in the 1950s. His immense work led him to the path of winning a Noble Prize in Medicine. Madame Curie, a chemist, and physicist inspired James to venture into the world of science. He partnered with prominent scientists such as Rosalind Franklin and Maurice Wilkins. James perfectly knew that DNA was the only way that he could come to understand life. For this reason, he was more than determined to solve the said structure. Let’s see whether his invention bored fruitful results.

James Watson is still a creative and courageous man who is more than determined to prove to the world that nothing is impossible. He likes to venture into many projects which he seems to enjoy at every stage. He is typically defined by a deep desire to be the crème de la crème of his local town. Unlike others who work hard for fame and money, James loves to put his extra effort and achieve his goal at the end of the day. Throughout his life, his determination and thirst for more work have earned him lots of admirers, but it is his creativity that has garnered him tons of friends. Above all, Watson hates correction, but he loves when he learns from his deeds.

On April 6, 1928, James Dewey Watson was first seen in the world in Illinois, Chicago. He was born to James Watson and Jean Mitchell. James was lucky to get a seat at Horace Mann Grammar School where he studied for eight years. Before attending the University of Chicago in 1943, he joined South Shore High School. In 1947 James graduated with a B.S in Zoology where he joined Indian University to study genetics. It was at Salvador Luria’s laboratory that Watson received his doctoral as well as Ph.D.

After his laboratory research, James joined Copenhagen University where he studied for one year. It was here that he met a biochemist, Herman Kalckar. He then shifted after several months where he partnered with a physiologist Ole Maaloe. Both collected enough information that allowed them to research further about the structure of DNA. After several attempts, they concluded that their final results weren’t satisfactory as they had expected.

When James was on an extended trip to Italy, he overheard about Maurice Wilkin’s DNA structure failure. It was here that another chemist Linus Pauling took Maurice’s model for further investigation and research. Of the two mentioned developments, Watson’s belief strengthened to the core. He had no other choice than to search for his team. It was here that he came to understand that before describing the primary structure of DNA, it was important first to analyze the X-ray diffraction. This was in regards to Wilkin’s point of view.

Early in 1953 James Watson and his collaborator, Crick came up with a double helix structure of DNA. They did their research at Cavendish Laboratory. But they later announced their findings in Belgium which was later published in a scientific journal called Nature.

James went to present his results at the 18th Cold Spring Harbor Symposium. Tons of audiences were not well informed about the said invention. They were surprised to view Watson’s first model for their first time.

In the mid of 1956, James served as the assistant professor at Harvard University till 1976.It was here that he released his first book titled The Molecular Biology of the Gene followed by Recombinant DNA. For thirty years James worked at Cold Spring Harbor Laboratory where he served as the president and director. He was then selected as the Chancellor Emeritus.

In the mid of 1990, James was appointed as the Head of the Human Genome Project by the National Institutes of Health. But he later resigned after serving for two years. In 2007 James was suspended from CSHL due to official disagreements. Afterward, he announced his retirement after two weeks.

In 1968 James Watson married Elizabeth Lewis. As a couple, they were blessed with two sons: Rufus Robert and Duncan James. His firstborn son, Rufus was diagnosed with a mental disorder called schizophrenia. After his retirement in 2007, James published his biography called Avoid Boring People. In 2014 it was announced that Watson didn’t have any source of income and so he was forced to auction his Nobel Prize. It was here that a Russian tycoon, Alisher Usmanov purchased it for $4.1 million but he gave back the medal to Watson.