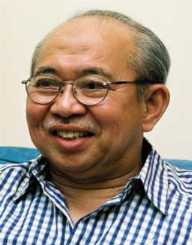 For his post-secondary studies, he attended the Queen’s University of Belfast. He graded from this school in 1959 with a bachelor’s degree in economics. He had planned to continue his education in London, but his father died, and he instead returned home to Malaysia.

After returning home, Tengku Razaleigh Hamzah took over the family business. It was also around this time that his interest in politics grew. He soon joined the United Malays National Organization (UMNO) political party. In 1962, he became the secretary of this party (a position which he held until 1966). In this same year, he also joined the Malaysian delegation in the United Nations. In 1965, Tengku Razaleigh Hamzah became executive director of the Bank Bumiputra Malaysia Berhad. It was also around this time that he was promoted to the position of deputy chairman to the Liaison Committee for the UMNO. His reputation as an economist and political figurehead also grew in the 1960’s.

In 1971, Tengku Razaleigh Hamzah was a part of a trade delegation with China. This trade deal allowed Malaysia to trade more with China and was considered to be a success for both countries. In 1974, he joined the Malaysian Parliament for Ulu Kelantan. Later on, in the same year, he was also made the chief executive of the Petroleum Nasional Berhad (PETRONAS). Two years later, he was promoted again to Finance Minister. Later on, in the same year, he was also made a chairman of the Asian Development Bank. In the early 1980’s, Tengku Razaleigh Hamzah ran for the position of Prime Minister but lost the election to Musa Hitam. In 1988, the UMNO political party was made illegal. Hamzah soon founded the Semangat 46 political party soon replaced it and had much in common with it. Hamzah was elected as the president of this political party soon after it was formed.

In 1990, Tengku Razaleigh Hamzah served in Parliament again, this time for Gua Musang. He held this position until 1996. It was also around this time that the UMNO party was again legalized, so he rejoined this party and left the Semangat 46 party. In 1999, he was made the chairman of the UMNO Kelantan State Liaison Committee. He was also re-elected into Parliament in this year.

In 2004, Tengku Razaleigh Hamzah ran to become president of the UMNO party but failed to win the election. In 2011, he founded and made himself President of the Angkatan Amanah Merdeka organization. This organization was made to restore the spirit of Merdeka.

In 1982, Tengku Razaleigh Hamzah was given an honorary law degree from Queen’s University.

Tengku Razaleigh Hamzah married Yvonne Law in 1995. Once they were married, Law converted to Islam and changed her name to Cik Puan Noor Abdullah. Sadly, Abdullah passed away in 2015.