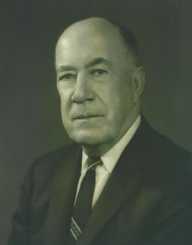 Thomas Pendergast was an American Political boss and businessman. He controlled Kansas City and was a force to reckon with for over twenty years in the early 20th century.

Thomas 'TJ' Pendergast was born on the 22nd of July, 1873 in St. Joseph, Missouri. He was one of nine children birthed by his parents. He was raised up in the catholic way.

As for his education, it was claimed that he attended St. Mary's College, Kansas, which was run by the Jesuits. It was also claimed that he got a football scholarship to the same school. These claims have however been refuted as there are no records of such in the school's archives.

Thomas worked in his elder brother, James Pendergast's tavern in the 1890s. The bar was known as West Bottoms, and at that time was the immigrant section of the town. It was located at the bottom of the bluffs and overlooked the Missouri River. James taught his brother the many complexities and diversities of Kansas city's politics and political systems. He also showed him the many advantages of controlling voter power and blocs. James, after his retirement and before he died named Thomas as his successor.

Thomas Pendergast was rocked by his brother's death. He went on to serve in the city council, stepping down in 1916 to concentrate more on consolidating the factions present in the Jackson County Democratic Party. He gained control of the government after the city of Kansas was placed under a city manager picked by a smaller council.


Thomas Pendergast as Chairman of the Jackson County Democratic Club

Ruling from a simple 2-storey building at 1908 Main Street, Thomas Pendergast has a reputation as the man who brought more corruption to Kansas city than any other person in history. He is however credited to be responsible for helping the city to survive and overcome the Great Depression. He did run the city. Workers got jobs, and his chosen allies and political friends ran the government, making him huge profits.

His administration witnessed an enormous flow of alcohol though it was then prohibited. There was a flourishing gambling rate, as well as vote buying and ballot casting to favor his political friends and keep them in power. In return, his companies, such as Ready Mixed Concrete Company got contracts to construct government buildings.

With his power on the rise, his Pendergast Machine Vote was pivotal in the passage of a bond worth $40 million. With this bond, a lot of civic buildings were constructed in Kansas City during the Great Depression. This enabled scores of poor and jobless people to secure jobs in those difficult times.

Though powerful, the downfall of Thomas Pendergast was evidently in the offing. It is widely believed that it was triggered by the fallout between him and Lloyd C. Stark. Pendergast endorsed Stark as his candidate for the governorship position in 1936. He was however away during the electioneering process, and his followers were too apparent in their corrupt practices which led to the successful election of Park. Investigations soon followed, and Stark pointed fingers at Pendergast.

Pendergast was duly investigated and ripped off his control of federal funds. He was convicted of tax evasion. He was also addicted to gambling on racetracks, which also had a hand in his downfall. His legal battles continued, and he was accused of failing to pay taxes on a bribe which was received to pay off gambling debts. He got jailed for 15 months at Leavenworth Penitentiary.

Thomas Pendergast married Caroline Snyder in January 1911, and together they birthed three children, two girls, and a boy. After serving his jail term, he lived quietly in his home, 5650 Ward Park. He died in 1945.

Though he was a corrupt man, Pendergast's love and affection for the poor and association with lower people endeared him to many, making him hard to characterize.