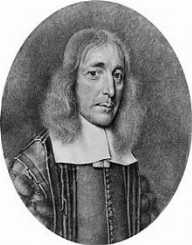 Richard Lower was born in 1631. He is famed for having made early contributions in the field of medical science. Some of his notable early works involved research into transfusion and purposes of the cardiopulmonary system.

Richard Lower was born in 1631. His place of birth was in St Tudy, Cornwall, England. He schooled at Westminster School. While taking his studies here, he crossed paths with the famed English philosopher John Locke. After that, he went to study in Oxford. Also, he made the acquaintance Thomas Willis who would later become the Royal Society’s founder. Their bond grew stronger and productive. With time, Lower left for London where Willis was residing.

In London, he paired with Robert Hooke and indulged in extensive research together. Lower’s most notable work called Tractatus de Corde – 1669 focused on research on how the heart and lungs functioned. It is in this research that he did several experiments on blood transfusion. This made earned him the recognition of being the first scientist to do so.

During the 17th century, Richard Lower is also to be credited for medicines invented at that time due to his scientific contributions. His most significant discoveries in the field of medicine were majorly on blood transfusion. As a result of his phenomenal discoveries, Lower is still deemed as one of the best doctors from Oxford.

Initially, Richard Lower enrolled with Westminster School for his early education. Later, he went to Christ Church in Oxford. In 1655 he obtained his masters from the institution. A decade later, in 1665, he earned his doctorate from the same institution. While Lower was studying medicine, he was under the tutelage of Thomas Willis who later partnered with him in researching more about the nervous system. At the same time, Lower undertook his research into how the heart functioned.