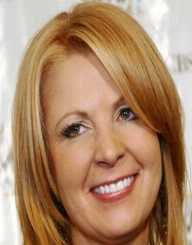 Patricia “Patty” Lee Ramey was born on 4th of January 1957; her father John was a coal miner in Elkhorn City, where she was born and raised.

Patricia Lee was the sixth child of seven, and her mother Naomie looked after the children. When her father contracted Black Lung Disease, they moved to Louisville, Kentucky for medical treatment in 1969.

Patricia Lee graduated from Fairdale High School in 1975, and she did not continue her studies. After she finished high school, Patty became a full-time member of the Wilburn Brother's band, performing as the lead female singer.

Patricia Lee's career began when her older sister got married and quit performing in the family band, The Swinging Rameys in 1969. Her brother Roger pulled her in to sing; her success spelled the beginning of Singing Swinging Rameys. In 1971, Roger took Patty to Nashville, Tennessee to audition with Porter Wagoner, which resulted in a team up with himself and Dolly Parton. Patty was encouraged to finish school. During summer holidays, Patty would sing for the pair.

Between 73 and 75, Patricia Lee was invited to sing for the Wilburn Brothers, after she and her brother appeared on Grand Ole Opry show in Louisville Gardens.

They were there to cover another singer, who was caught in the flood. Doyle Wilburn taught Patricia Lee how to write songs, and she worked at the Music Mart USA Record store when they were not singing.

Patricia Lee had also signed a publishing contract with SureFire music, which was held by Doyle.

Patricia Lee married Terry Lovelace, and the couple left for North Carolina. They settled in Charlotte, near Terry’s hometown. Patty, There she branched out, singing 70’s rock, pop and other materials to with a local band.

After a bout of drug and alcohol abuse, Patricia Lee became clean and sober. She divorced Terry Lovelace; the papers were finalized in 1986. She changed her name to Loveless when she was in North Carolina, to avoid confusion with actress Linda Lovelace.

With her brother Roger’s help, Patricia Lee cut a five-song demo tape and was signed onto MCA Nashville's Tony Brown.

Her first single via MCA was Lonely Days, Lonely Nights in 1985. Her second single in 1986, I Did was successful, earning her a self- titled album in 1987.

If My Heart Has Windows, her second release in 1988 got her the recognition in the Country music genre. She was invited to the Grand Ole Opry, despite lukewarm album sales.

At the end of 1992, Patricia Lee changed from MCA to Sony’s Epic label, as she thought that her previous name failed to promote her album sufficiently.

After signing with Epic, Patricia Lee was diagnosed with an enlarged blood vessel in her vocal chords. She canceled her tours and went to have corrective surgery.

To fully heal, Patricia Lee couldn’t sing or talk for nine weeks, relying on Morse code and notes. During that time, Patty had an amateur radio license, callsign KD4WUJ.

Patricia Lee returned to professional singing with her new deeper voice, by performing in 1993 Grand Ole Opry. Followed up by Only What I Felt in April 1993. Her subsequent albums failed to deliver as well, due to the popularity of newer performers.

She moved away from the commercial country and returned to her roots with a bluegrass album, Mountain Soul in 2001. Since moving away from country radio, Patty’s albums still did well.

She released Dreaming My Dreams, it was the last Epic Nashville Records release with Patricia Lee, as the label closed its doors.

After Epic, Patty appeared as a guest singer for various country singers’ albums. In 2008 she recorded a Tribute album, Sleepless Nights with Saguaro Road Records. Patricia Lee still goes on tours, she still performs in Nashville at the Grand Ole Opry and has annual country music cruise.

To date, Patricia Lee has twenty albums to her name, excluding duets with other singers.

1975, eighteen-year-old Patricia Lee married Wilburn Brothers’ drummer, Terry Lovelace, without her parents' consent. The pair moved to Kings Mountain in North Carolina and began performing with him there.

She had an abortion in 1983, as twenty- three years old had a life fueled by alcohol and drugs. The pair divorced in 1985.

Patricia Lee married Emory Gordy Jr in February 1989, although both kept it a secret for a year and a half. They tied the knot in Gatlinburg, Tennessee. Emory had children from the previous marriage; the couple now lives in Dallas, Georgia.