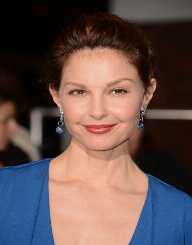 Ashley Judd comes from a family of talented women. However, she has made her name in the world of acting.

Ashley Judd was born on April 19, 1968, in Los Angeles, California. Her birth name was Ashley Ciminella. Her mother Naomi Judd and her half-sister Wynonna Judd were part of the country singing duo The Judds from 1983 to 1991.

Her father Michael Ciminella and her mother divorced in 1972. Most of her childhood was spent in Kentucky. When her mother and sister started touring with their music group, she had to stay with different members of her family. She also traveled on tour when she was not in school.

Even though Ashley Judd lived in Kentucky for most of her early years, Judd went to 13 schools in her twelve years of schooling. This is because they kept moving. Some high schools she attended were Paul G. Blazer High School and Franklin High School.

Ashley Judd attended the University of Kentucky. She studied French and even spent a semester abroad. Her 1990 bachelor's degree with four minors and Phi Beta Kappa honors did not come until 2007 because of incomplete paperwork. In 2010 she graduated from Harvard University with a master's degree in public administration.

After her studies at the University of Kentucky, Ashley Judd went to Hollywood to study acting at the Playhouse West. In 1991 she found roles in television including Star Trek: The Next Generation and Sisters.

Her first movie role was in Kuffs with Christian Slater in 1992. However, she made her breakthrough into acting with the lead role in Ruby in Paradise in 1993. The independent film received the grand prize at the Sundance Film Festival.

After the success of Ruby in Paradise, Judd was in other major films. In 1995 she was in Smoke and Heat. In 1996 she had a role in A Time to Kill as well as Normal Life and The Locust.

That same year she was in the cable TV movie about Marilyn Monroe.  She portrayed Norma Jean Baker in Norma Jean and Marilyn.

The year 1997 was the year that she showed her ability to play action heroines in crime thrillers like Kiss the Girls. Later she would take on lead roles in films like Double Jeopardy and Eye of the Beholder.

Year after year Ashley Judd continued to act in movies with drama, romance, or mystery. Some of these roles have also been recognized in the industry. She was nominated for the Golden Globe for her portrayal of Linda Porter in De-Lovely.

Since then she has played supporting roles in several movies and television. Recent films including Olympus Has Fallen, Divergent, and the two movies of Dolphin Tale.

Ashley Judd is an activist and feminist. She is an advocate for those who are poor and uneducated. AIDS has been one area of focus. She is an ambassador for YouthAIDS.

Not only does she speak to diplomats and leaders of the world, but she has also used her vocal talents in documentaries for the organization. Other charities and organizations she supports focus on children's health, wildlife, and women's rights.

Ashley Judd has suffered from depression. In 2007, she checked in to the Shades of Hope Treatment Center in Texas for reasons of insomnia and co-dependency as well as depression.

All That is Bitter and Sweet autobiography (2011)