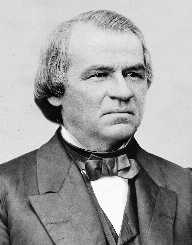 Hannibal Hamlin was the son of Cyrus Hamlin and Anna Livermore. His father was a Harvard-trained medical doctor as well as a farmer. The family was prosperous and owned a beautiful home. As a child, Hamlin was a keen reader as well as being athletic. He also showed leadership tendencies at a young age.

Educated at Hebron Academy in Hebron, Maine. When his brother fell ill, Hannibal Hamlin worked on the family farm for a time. Then after his father died, Hamlin was obliged to take care of his mother until he turned twenty-one. After his twenty-first birthday, he studied law at Fessenden and Deblois, under Samuel C. Fessenden, who was known to be an outspoken abolitionist.

Throughout his political career, Hannibal Hamlin maintained his stance against slavery and his work for the integration of former slaves into society. Another issue which concerned him was alcohol and prohibition. Around this time, the Democrats were divided over both issues and this split in the party. Hamlin decided to join the Republicans, who ran their first presidential campaign in 1856. He became Governor of Maine for a short time, then returned to the Senate for a third term in 1857.

In 1860, Hannibal Hamlin received the Republican nomination for of Vice-President, assuming the role when Abraham Lincoln won the election. Sometimes, he felt like a figurehead, and he did not always agree with the President. The result of this was that in 1864, Lincoln chose Democrat Andrew Johnson as his running mate. Hamlin continued to support his President by assisting with the campaign. After Lincoln had been assassinated in 1865, Andrew Johnson became the 17th President of the United States.

Collector For The Port Of Boston

Johnson appointed Hannibal Hamlin to the post of the Collector for the Port of Boston, but because of ideological differences, this did not work out. While Hamlin favored giving freed African Americans their rights, Johnson vetoed the Civil Rights Act of 1866. He also opposed the 14th Amendment which would bestow citizenship on African Americans. Hamlin resigned in protest.

Hannibal Hamlin was always a vocal opponent of slavery. When he became a senator, he used his position to state his case. As Vice-President of the US, he advised President Abraham Lincoln on the Emancipation Proclamation demanding an end to slavery in the South. Later, he threw his weight behind the Radical Reconstruction movement. He was also instrumental in Lincoln allowing all soldiers the right to bear arms.

Hannibal Hamlin became the 15th Vice-President of the US under President Abraham Lincoln. He worked hard to abolish slavery and fought tirelessly for the rights of free slaves.

Hannibal Hamlin’s first wife was Sarah Jane Emery whom he married in 1933. They had four children: George, Charles, Cyrus, and Sarah. After Sarah died in 1855 from tuberculosis, Hamlin remarried again in 1956. His new wife was Ellen Vesta Emery, his late wife’s half-sister. The couple had two children: Hannibal and Frank.

Hannibal Hamlin’s name was put up as a possible vice-presidential nomination in 1868 on the U.S. Grant ticket. The nomination went instead to Schuyler Colfax. Hamlin was then elected to the Senate and served two terms. Around 1977, Hamlin started showing signs of ill health, and he did not stand for reelection in 1880.

President James Garfield appointed Hamlin as a diplomat to Spain. He spent two years in Europe and retired in 1882. His last public appearance was at a dinner to honor Lincoln’s birthday on the 12 February 1891. On the 4 July 1891, Hamlin collapsed while playing cards at his club. He died that night, aged 81.

Starting around 1877, Hannibal Hamlin suffered from heart disease in his final years.

Hannibal Hamlin has gone down in history as a politician who opposed slavery and who fought for the political rights of freed slaves.

The house where Hamlin lived from 1872 was donated to the Bangor Theological Seminary in 1933. The address: 15 5th Street, Bangor Maine. This was built in the mid-1880s in the Italianate architectural style. In the 1970s, the building was sold to developers and was placed on the National Register of Historic Places in 1979.

Hannibal Hamlin’s strong views on slavery meant that at times he was at loggerheads with other politicians, including Abraham Lincoln and Andrew Johnson.