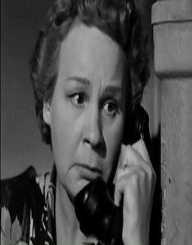 Shirley Booth was born on August 30, 1898, in Brooklyn, New York, USA. Her parents were Virginia Ford and Albert Hames. She also had one younger sister. She later went by the stage name Shirley Booth, which is the name that she is best known for now.

Shirley Booth loved acting ever since she was a teenager. She was in her school’s plays and even auditions for plays outside of her school while she was still a teenager! Sadly, her father didn’t agree with her wanting to act. She wasn’t about to give up on her dreams. To continue acting, she ran away from home.

Shirley Booth began acting professionally after she ran away from home, but before she was an adult. She first worked in bit parts in the local theaters. She began popular for her good looks and charm. She hadn’t been acting for long before she made her debut on Broadway in 1925.

Shirley Booth was a hit on the stage. She became well known around the 1930’s and continued to be extremely popular on the stage throughout the 1940’s. She played a variety of roles, showing that she could do just about anything. She acted in comedies, dramas, and romances. Some of her most famous plays include The Men We Marry, My Sister Eileen, and Three Men on a Horse.

In 1950, she had one of the main roles in the play Come Back, Little Sheba, as Lola Delaney. The play was so famous that Hollywood wanted to make it into a movie, and they wanted Shirley Booth to keep her role in the film as well.

After she began working in film, she continued to act on the stage until 1974, when she retired from both acting on the stage and the screen.

Shirley Booth’s film career began in 1952 when she acted in the movie adaptation of Come Back, Little Sheba, which was titled the same way as a film. The film was a hit, which kicked off Booth’s film and television career.

At first, Shirley Booth had roles in small movies like About Mrs. Leslie and The Matchmaker. However, she didn’t become famous for her work in films. Instead, she was best known on screen for her roles in television shows. While she had small roles in television shows before, it was not until 1961 that she landed the role of Hazel Burke in the show Hazel that would make her famous. She played the main character on this show until 1966.

Throughout the rest of the 1960’s, Shirley Booth acted in mostly made for TV movies like The Smugglers and The CBS Playhouse version of The Glass Menagerie. In 1973, she landed another big role on the show A Touch of Grace, in which she played the character Grace Simpson for one season. She acted in her last movie, which she only did a voice for as Mrs. Santa in the made for TV movie The Year Without a Santa Claus.

All of Booth’s awards and accomplishments are due to her acting career. She had won almost a dozen awards and has been nominated for over half a dozen more. Some of her most prestigious awards are listed below.

Booth earned her star on the walk of fame in 1960.

Shirley Booth was first married in 1929 to Ed Gardner. However, the couple later divorced in 1943. The next year, she remarried to William H. Baker Jr. The two remained married until 1951 when Baker sadly passed away. After Baker’s death, Booth never remarried again.