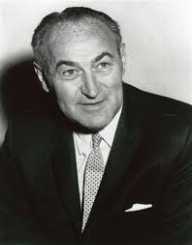 In 1923, Goren graduated from McGill University with a law degree. While studying at university, Goren learned how to play bridge.

After graduating, Charles Henry Goren passed the Pennsylvania bar, and he practiced law for the next 13 years.

During this same period, Ely Culbertson became very widely known as a bridge player. Culbertson popularized the game of bridge.

Due to Culbertson's popularity, Goren decided to leave law and concentrate on playing in bridge competitions. He soon came to Milton Work's attention. Work gave Goren work assisting with writing articles about bridge. At a later stage, Goren became a ghostwriter for Work.

Work made a name for himself as a lecturer on bridge, and a writer about bridge. Charles Henry Goren teamed up with Work's principal assistant, Olive Peterson, as a partnership.

By the end of the 1920s, Goren became Work's technical assistant.

In 1937, Charles Henry Goren had his breakthrough as a player, winning the Board-a-Match Teams Championship.

Shortly after, Culbertson moved to a different newspaper syndicate. This meant the Chicago Tribune and the Daily News (New York), both turned to Goren to write for them.

Works died in 1934. Charles Henry Goren stepped up and began a career writing about bridge. He published his first book, Winning Bridge Made Easy, in 1936.

In a short space of time, Goren became extremely popular. He began to lecture on bridge, as well as instruct on how to play the game.

In 1950, Charles Henry Goren was crowned World Champion at the Bermuda Bowl.

Eight years later, his daily bridge column appeared in nearly 200 newspapers across America. He also wrote a weekly column for Sports Illustrated and a monthly column for McCalls.

Goren had his television program that aired from 1959 to 1964 on the ABC network. It was called Championship Bridge with Charles Goren.

Charles Henry Goren published nearly 40 books on bridge and was the leading bridge master during the 1950s and 1960s. His books have sold over ten million copies.

He also won the McKenney Trophy eight times, as well as over 30 other titles.