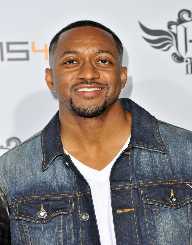 Jaleel White is an African American actor who came into fame with his role as Steve Urkel in the television series Family Matters.

Jaleel Ahmad White was born the only child in his family on November 27, 1976, in Culver City, State of California, USA. His parents were Michael and Gail White. He went to John Marshall Fundamental High School, and later South Pasadena High School. After his graduation from high school, he enrolled at the University of California Los Angeles or UCLA. White graduated in 2001 with a Bachelor of Arts degree majoring in Film and Television Production.

White embraced acting from an early age. He followed the advice of his elementary school teacher who advised him to explore acting. He followed his teacher’s advice and started acting. White got his first acting exposure in 1979. He appeared in television commercials. He featured in a pudding commercial alongside American television icon Bill Cosby.

After making his name as a child television commercial actor, White started acting in television programs. In 1984 he had a minor role in the series The Jeffersons. In 1985 he got an acting role in Charlie and Company. Due to its negative reception, the television production was canceled in May 1986.

In 1987 he had a double cast. He appeared in Good Morning, Miss Bliss. Later in the year, White played a casting role in Mr. Belvedere. The following year, he appeared in the first episode of Cadets. He was later relieved of his role by the producers. In 1990, he acted in the television movie Camp Cucamonga.

After the cancellation of Family Matters in 1998, White got a role in Grown Ups in 1999. He has also appeared in other television series like CSI: Crime Scene Investigation, Hell’s Kitchen, and Drunk History. Apart from the television acting, White has acted in several big screen films. He was in the movies Big Fat Liar, Dream Girls, and Who Made the Potatoe Salad? in 2006. In 2007 he had a stint in The Game, followed by the 2008 legal drama production Boston Legal.

In recent years, he has appeared in several productions like the 2011 release House, Dancing with The Stars produced in 2012, and Me, Myself and I produced in 2017.

He is a regular English voice-over artist in the cartoon production of Sonic the Hedgehog Series. In 1999, he voiced the character of a young Martin Luther King Jr. in the film Our Friend Martin.

Since his career started in earnest with The Jeffersons in 1984, White has appeared in over 70 television and film casts.

In his acting career, White has been feted in several platforms. He is a recipient of several film awards. He has been nominated seven times in four categories. He won three of them. In 1991 he won the Young Artist Award. In 1994, 1995 and 1997 he won the NAACP Image Awards. White won all these prizes with the role of Steve Urkel in Family Matters.

White is not married yet. He is a father to one daughter named Samaya. He fathered Samaya with his former partner Bridget Hardy in 2009.

When not acting, he spends his free time scripting short stories. Though not a commercial artist, White is a well-gifted painter. On the issue of narcotics, he is a staunch anti-narcotics crusader.

He started his career as a child actor in television commercials while still a child. He got the necessary support from his mother, who doubled as his manager. Over the years, White has matured from the child character of Steve Urkel that made him famous. White is currently a scriptwriter and producer of television shows and short films.

He is also a social mobilizer against violence and drug abuse in the inner city communities in the US.