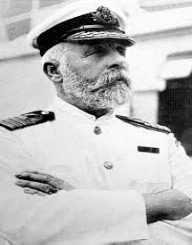 Edward Smith was born on January 27, 1850. He was a British Merchant Navy Officer. He also served as White Star Line Vessels’ master. Edward was the captain of the RMS Titanic that sank. He died at the age of Sixty two.

Edward John Smith was born on January 27, 1850, in Hanley, Staffordshire, England. He was born to Edward Smith and Catherine Hancock. In 1863, he joined Etruria British School. In 1841, he went to Liverpool to his brother who was a captain. That is where his interest in sailing ships grew.

In 1880, Edward Smith joined the White Star Line. He became the Fourth Officer of the SS Celtic. In 1887, he earned the Republic which was his first White Star command. In 1888, he received his Extra Master’s Certificate. He later joined the Royal Naval Reserve as a Lieutenant.

He later became the Royal Naval Reserve commander. In 1895, he became the Majestic’s captain a post he held until 1994.

In 1904, Edward Smith became the chief commander of all White Star Line’s newest ships and their maiden voyages. He later became the commander of the Baltic which was the largest ship in the universe. In 1905, he retired from the Royal Naval Reserve.

In 1903, Edward Smith received the Transport Medal. In 1907, he was awarded the Decoration for Officers of the Royal Naval Reserve.

In 1887, Edward Smith married Sarah Eleanor Pennington with whom he had one child. It is rumored that he died on April 15, 1912, in the Atlantic Ocean after drowning in the ship. His body has never been recovered. He died at the age of Sixty two years old.