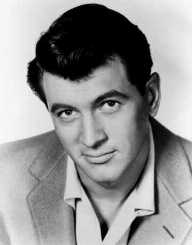 Rock Hudson was born on November 17, 1925, in Winnetka, Illinois. His mother was a telephone operator and his father, an auto mechanic. He was the only child of his parents. During the Great Depression, his father abandoned the family. His mother eventually remarried to Wallace Fitzgerald.

Hudson attended the New Trier High School, where he sang at the glee club. During school time, he was a shy boy who did several small jobs, like delivering newspapers and working as a golf caddy. He tried out for several school plays, but never got one, since he could not remember his lines. As a teenager, he worked as an usher and developed an interest in the film industry. After graduating from high school, Hudson joined the Great Lakes Naval Training Station. He worked as an aircraft mechanic and was departed to San Francisco. He later returned to Los Angeles and applied to the University of Southern California, but was rejected due to poor grades.

Rock Hudson was working as a truck driver when in 1947 he sent his picture to talent agent Henry Wilson. Wilson took Hudson on as a client. The following year, he made his acting debut in the film Fighter Squadron. After his debut, Hudson was trained in acting, singing, dancing, and fencing. He was very photogenic therefore he was often featured in film magazines for promotion purposes.

One of his first successful films was the 1954 Magnificent Obsession, which earned him the status of the most popular actor of the year. Due to his popularity, Hudson scored the lead role in the George Steven’s Giant in 1956. For the role, he was nominated for Academy Award. In the 1950’s, Hudson starred in nine films. For the role in A Farewell to Arms, Hudson declined offers to star in major projects like The Bridge of the River Kwai and Ben-Hur. A Farewell to Arms received negative reviews and was a box office failure.

During the 1960’s, Rock Hudson was starring in several romantic comedies. Most of his projects were very profitable, including the movie Pillow Talk, which was followed by Come September, Send Me No Flowers and several other projects. He was ranked as one of the Top 10 Stars of the Year for eight times in a row.

Besides his work on romantic comedies, Hudson also starred in the science-fiction thriller Seconds. The film gained a cult status, and Hudson’s performance was critically acclaimed. He also starred in the spy movie Ice Station Zebra and action film Tobruk. In the 1970s, Hudson transitioned to television projects. One of his most successful performances was in the TV series McMillan & Wife.

In the early 1980s, Hudson’s popularity had diminished. Hudson was a heavy drinker and smoker, and it resulted in him having a heart attack in 1981. He had to undergo heart surgery, but despite that, he continued to smoke. During this time he starred in action-drama The Ambassador and TV drama The Vegas Strip War. During the filming of the latter, his health status worsened, and it was rumored that he has liver cancer. Hudson appeared on the ABC soap opera Dynasty when his speech started to deteriorate, and he was written off the show.

At the beginning of his career, Rock Hudson was keeping his private life secret. In 1955, the Confidential magazine threatened his manager to expose Hudson’s secret homosexuality. His manager instead gave information on two other clients, to protect Hudson. Nevertheless, his homosexuality was known around Hollywood. After the incident with Confidential, Hudson married Phyllis Gates, his manager’s secretary. They dated a while before the marriage, and she stated that she did it out of love. They divorced three years later, and Gate’s never remarried.

In 1984, Rock Hudson was diagnosed with HIV, the virus, which was only discovered three years prior. He kept his disease secret and traveled to different countries seeking a cure. In 1985, he announced the launch of the cable show Doris Day’s Best Friends. His appearance was so shocking that various speculations about his health followed.

After this, Hudson traveled to Paris for another treatment and collapsed in the Ritz Hotel. His publicist released a statement saying that he has inoperable liver cancer. Just a few days later, his French publicist confirmed that he has AIDS. Hudson became one of the first celebrities to be diagnosed with the disease. He speculated that he might have contracted HIV during his heart bypass surgeries after numerous blood transfusions. He died in his sleep from AIDS-related complications on October 2, 1985.